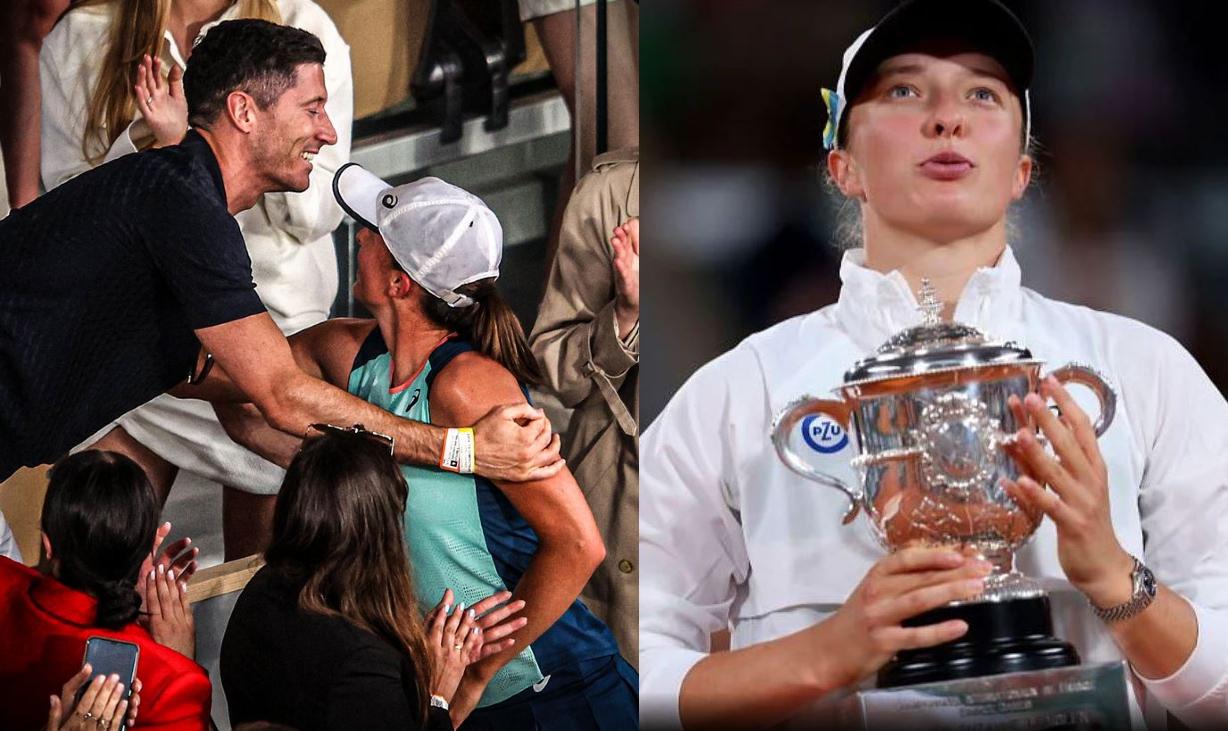 Polish tennis star Iga Chiantek, crowned French Open women’s tennis champion (Roland Garros), said she was “confused” to learn that Robert Lewandowski, striker for Poland and Bayern Munich, was present in the stands to continue her second Grand Slam title victory on Paris clay.
After defeating American Coco Gauff 6-1, 6-3 in the final yesterday, Chiantek shook hands with her compatriot Lewandowski, and hugged her quickly after she climbed into the stands to celebrate with her team.

“I didn’t know he (Lewandowski in the stands) and I’m happy about that because if I did I would have been very nervous,” Chiantik told reporters. “I don’t know if he’s a fan of tennis or not, but it’s amazing that he’s here,” she added. “He’s been a top-level athlete in our country for many years, so it’s hard to believe he came to watch me. I hope he likes my level and comes back to watch me again, I don’t know, I’m just confused.” Chiantik, 21, who dropped just one set during the tournament, wept upon hearing the Polish national anthem following her victory.