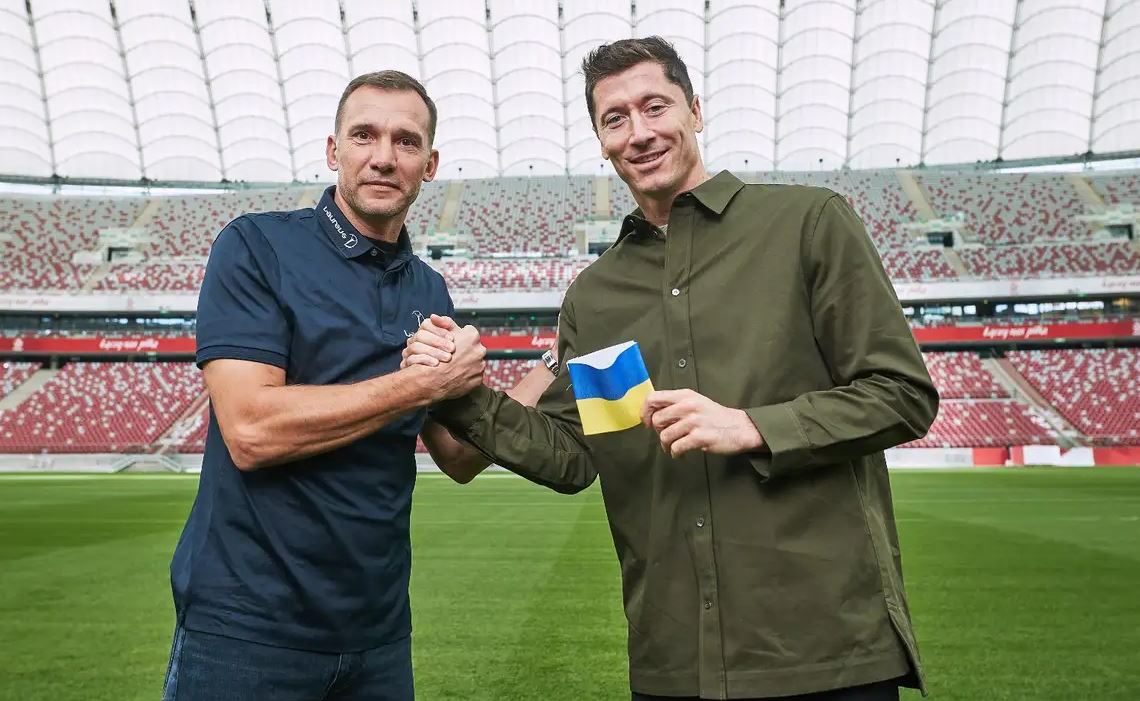 The Polish striker, Robert Lewandowski, received the armband of the captain of the Ukrainian national team yesterday to wear it next to the captain’s armband during the World Cup in Qatar at the end of this year, in a symbolic step of solidarity with the neighboring country, which is suffering greatly as a result of the Russian invasion. “It is a great honor for me to wear the armband of Ukraine’s captain during the World Cup,” said the current top scorer for Barcelona, ​​according to the Polish agency “BIP”, after the former Ukraine star and current coach Andriy Shevchenko handed him the badge.

As for Shevchenko, who was Yemeni in leading his country to the World Cup finals in Qatar, but it fell in the final of the first track of the European play-off against Wales 0-1, he said with a clear impact, “The whole country is affected by the war and everyone is in danger.”

“At the same time, everyone is working and doing what they can to contribute and help others, to support the country. Football players are no exception. This is also a message to the world – we We are fighting, we are still alive and we will never give up.” Poland will enter the Qatari World Cup, which begins on November 20, in Group C along with Argentina, Saudi Arabia and Mexico.