Lewandowski: Something died inside of me.. I want to leave 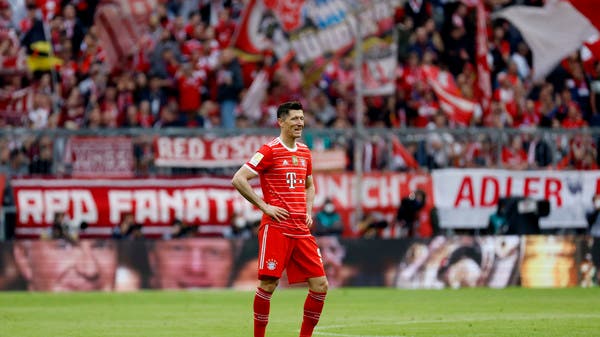 Robert Lewandowski confirmed that “something died” inside him in Bayern Munich, as the Polish striker continues to pressure to leave the Bavarian team and the expected move to Barcelona.

Polish international Lewandowski, who has a year left on his contract with German champions Bayern Munich, reiterated his desire to leave this summer.

Although there is no official confirmation from the player, it seems that Lewandowski is determined to join Barcelona in the next step in his busy career, but the potential deal faces several obstacles, including the possibility of Bayern Munich refusing to sell the player, as well as Barcelona’s ability to bear the value of the deal. However, Lewandowski continues to stress that he will not continue with the Bavarian team next season, as he said that he wants to move forward to discover new challenges.

“Something died inside of me,” Lewandowski told the Polish “Unit” website. I would like to leave Bayern Munich to find new feelings in my life.

“I just want to leave Bayern,” he added. Loyalty and respect are more important than action, and the best path is to find a solution for both parties.

Although Lewandowski’s name is associated with a number of clubs, reports said that Barcelona would be the only next destination for Lewandowski in the event of his departure from Bayern.

Lewandowski, 33, confirmed this indirectly, saying: “The list of clubs interested in me is not very long, there is a lot of talk about a particular club. I am not thinking of other offers.

It is expected that the future of Lewandowski, who has been spending a busy period since the end of the season, where he participates with the Polish national team and attended other sporting events such as the French Open tennis “Roland Garros”, will not be decided before the end of the current international break.

Lewandowski was crowned last season with the European Golden Boot award, after he crowned it for the first time during the 2020-2021 season, in which he broke the record of legend Gerd Muller for the most goals in the Bundesliga during one season.