Libyan oil in the crosshairs of the escalating political crisis 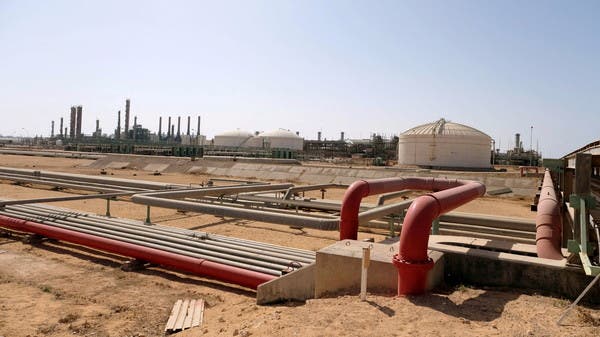 Oil wealth, the main source of income for Libya, has again entered the circle of the escalating political dispute for weeks, to become hostage to political divisions with a wave of forced closure of vital facilities, as a result of the conflict between two competing governments.

Since the beginning of the week, the National Oil Corporation, a government body, has declared force majeure and suspended operations at two important oil ports in the east of the country, while six oil fields continue to be closed in the south and east of the country.

This shutdown has caused the loss of 600,000 barrels, or half of Libya’s daily production of crude, while the country, blessed with the largest reserves in Africa, is in the grip of an inextricable institutional crisis.

In February, the Parliament of the East in Tobruk appointed Fathi Bashagha as the new prime minister. But he did not succeed in removing the government of Abdel Hamid Dabaiba, who refused to hand over power before the elections, despite multiple mediations to urge him to step down peacefully.

In eastern Libya, the groups behind the oil embargo are demanding a transfer of power to Bashagha, who has the support of Field Marshal Khalifa Haftar, who de facto controls several important oil facilities.

The researcher specializing in Libyan affairs, Jalal Harchaoui, describes the closure of the oil fields as “a direct manifestation of the acute political crisis that is currently taking place between the pro-Haftar and pro-Dabaiba spectrum.”

And he adds, “It is the General Command of Haftar’s coalition that deliberately imposed an oil blockade in order to increase pressure on Dabaiba (until) he relinquishes his position.”

By shutting down these vital interests, the East wants to deprive the Dabaiba government of oil money, thus “forcing it to resign,” says Marsh Kinnear of the Verisk Maplecroft Institute of Analysis.

However, on Tuesday, Dabaiba reiterated, from his government headquarters in Tripoli, that he will only relinquish power to an elected government, and urged the Public Prosecutor to open an “immediate investigation” into the closure of oil facilities.

These disturbances come at a time when “oil prices are rising sharply” under the influence of the war in Ukraine, as the National Oil Corporation said with regret, to deprive Libya of record revenues from the sale of crude, which may not be repeated for decades to come.

The decline in Libya’s exports also helps keep international markets under pressure in the interest of Russia, which plays a major role in Libya by supporting Haftar.

At the beginning of 2020, in the midst of a civil war, Haftar imposed an oil blockade that lasted for months, but the failure of his attack on the capital later convinced him to abandon it. The country at that time incurred losses estimated at 10 billion dollars. Subsequently, production gradually recovered to an average of 1.2 million barrels per day. Most of the revenue feeds the central bank.

International researcher Jalal Harchaoui explains that the “spark” that reinforced the motive for closing the facilities is “the agreement concluded between the Oil Corporation and the Dabaiba government on April 13th” and related to transferring “8 billion dollars” of oil revenues to the coffers of the Tripoli government.

This move angered the parallel executive authority headed by Pashaga, which is internationally recognized only by Moscow, as it criticized the “deliberate waste of public money for narrow personal and political interests.”

In return, Kinnear says that the NOC will “receive emergency funding allocations from the Ministry of Finance for its operations” under this agreement.

Jalil Harchaoui says that the agreement was considered “a strengthening of Dabaiba’s ability to continue. However, Haftar and his supporters want to dry up his sources of funding until his government collapses.”

On Tuesday, US Ambassador Richard Norland and Deputy Assistant Secretary of the Treasury Eric Meyer warned in a meeting with the Governor of the Central Bank of Libya against using oil revenues to “achieve partisan political goals,” according to a statement by the US embassy.

Fears of a new armed conflict

With all eyes on Ukraine, the risks that the current crisis in Libya could lead to a new armed conflict seem “real.”

“It is still possible to achieve a peaceful transition in Libya, but given the speed with which Haftar loses his patience, the current situation may easily slip into all-out war,” Harchaoui warns.

The closures of oil fields and ports have been repeated in the past years, due to labor protests, security threats, or even political disputes, resulting in losses exceeding $100 billion, according to the Central Bank.

Libya is suffering from an escalating political crisis with a conflict between two governments: one headed by former Interior Minister Bashagha, who was given confidence by Parliament in March, and the second stems from a political agreement sponsored by the United Nations more than a year ago and is headed by Abdel Hamid Dabaiba, who refuses to hand over power except through elections.