Link to Al-Qaeda: Muslims who demolished a madrasa school in Assam 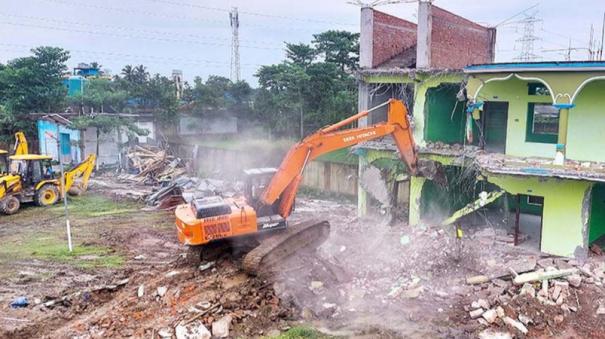 Guwahati: A madrasa school was functioning in Golpara district of the state. It was run by Jalaluddin Shaikh. He had appointed two people from Bangladesh as teachers of this madrasa school.

In this case, it came to be known that Jalaluddin had links with Al-Qaeda terrorist organization. He was subsequently arrested. So the Bangladesh madrasa teachers fled.

On learning about this, the local Muslim people became enraged and demolished the madrasa school. This is the first time that Muslims have demolished a madrasa school in Golbara district. Many militants are likely to enter mosques as imams or madrasa teachers. So Chief Minister Himanta Biswa Sharma had said that people should help the authorities to identify the terrorists. In this case, the madrasa in Golpara has been demolished.

Golbara SP Rakesh said, “We do not know about the demolition of the madrasa by the local Muslims. No district administration is involved in this,” he said.