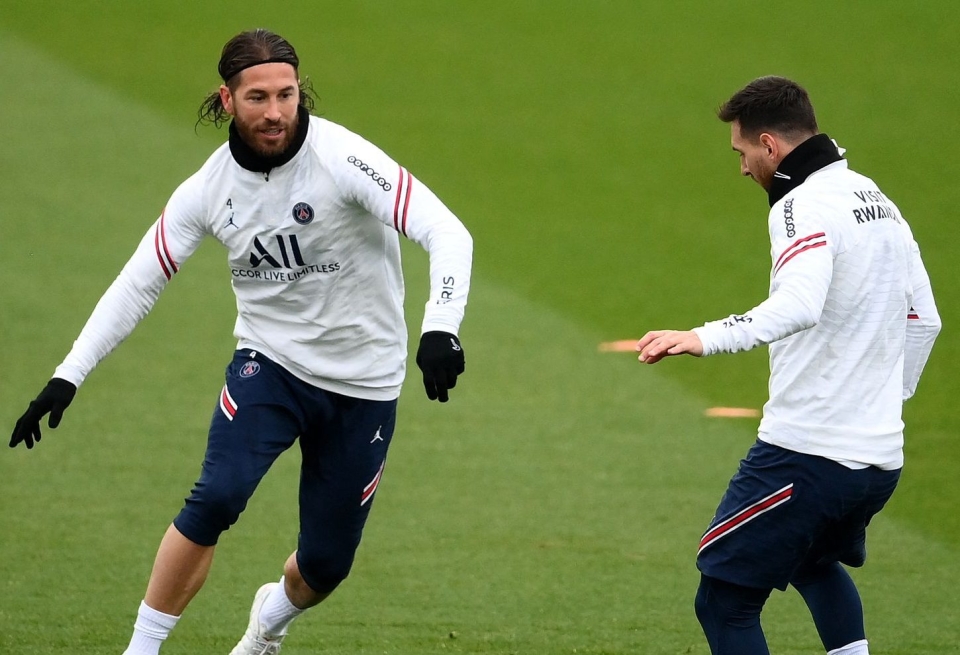 The website “Sport Brave” reported today that the match between Paris Saint-Germain and Monaco in the fourth round of the French Football League witnessed a funny shot, which showed the Argentine star Lionel Messi mocking his colleague and former rival, the Spanish Sergio. Ramos.

Messi appeared while staring at Ramos with sarcastic looks, after the latter failed to score from a scissor shot, and fell to the ground in a funny way. The pioneers of social networking sites transmitted these clips, and interacted with them, especially the supporters of the Barcelona and Real Madrid teams, as the two players were constantly arguing when they were in the shirts of the two Spanish clubs.

That match witnessed great tension between the Paris Saint-Germain and Monaco teams, as the repeated attempts of the Paris stars did not succeed in deciphering the Monaco defense, and the latter was ahead in the result before Paris equalized with great difficulty.