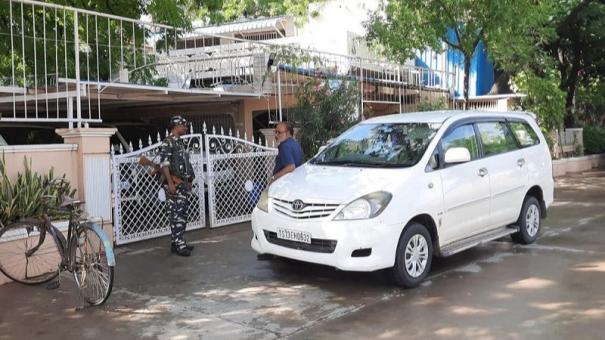 New Delhi: The Enforcement Directorate, which is investigating the allegation of money laundering under the Delhi government’s new liquor policy, raided 35 locations in Delhi, Punjab and Hyderabad today (Friday) in connection with the case.

The new tests are being conducted as part of an ongoing investigation by law enforcement agencies into allegations of money laundering under the new liquor policy. The tests, which began early today, are being conducted on liquor companies, distributors, etc. in three states.

Earlier, liquor dealer Sameer Mahendru was arrested last week as a result of ongoing investigations conducted by the enforcement department in connection with this case.

Delhi Deputy Governor V.K. has said that there has been money laundering in the new liquor policy implemented by the Delhi government on November 17 last year. Saxena ordered a CBI probe into the matter. Following this, the Arvind Kejriwal government withdrew the new liquor policy in July this year. Also, the Lt. Governor has dismissed 11 officers in connection with this case.

The CBI’s First Information Report on the case has named Delhi Deputy Chief Minister Manish Sisodia and some government officials as accused.

Delhi Chief Minister Arvind Kejriwal took to his Twitter page to announce today’s new tests. The post in Hindi reads, “For the past three months, more than 500 round-the-clock raids by more than 300 CBI and enforcement officials have not found a single piece of evidence against Manish Sisodia, because nothing wrong has happened.

Some officers’ precious time is being wasted due to such dirty politics. If this is the case, how will this country travel on the path of progress?” he said.

More than 500 raids, more than 300 officers of CBI/ED are engaged 24 hours a day for 3 months – to find evidence against Manish Sisodia. Not getting anything. Because nothing was done

The time of so many officials is being wasted for their dirty politics. How will such a country progress? https://t.co/VN3AMc6TUd