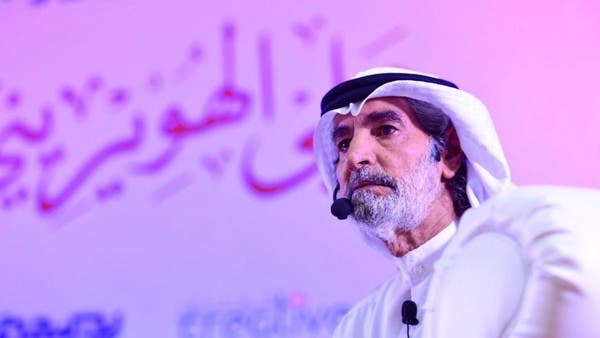 While the hashtag #Ali_Al-Huwairini carried a great interaction from social media activists, publishing many clips and the meeting in which Al-Houraini spoke, may God have mercy on him, and one of the tweeters said: “We ask God for mercy and forgiveness and for all dead Muslims. “.

A second tweeter commented: “May God have mercy on the thinker and writer Ali Al-Huwairini… the owner of the sweet talk, the honest word and the golden phrase that enters the hearts of his listeners.”

And a third added: “One of those whose conversations make me comfort me, whose depth of thinking and their view of things from a different angle draws me to me, has departed today from our world, but his impact will remain immortal and his name is immortal.

A Saudi actor, director, poet and thinker, he is the first Saudi to obtain a film directing certificate from a technical university in the United States of America.

Al-Huwairini discovered his love for art before completing twenty years, so he initially became interested in music as an amateur. on this international certificate.

When he returned to Saudi Arabia, he worked in the artistic field through directing and acting, and was a scathing critic of the Saudi national drama for the purpose of building and advancing it.

The most famous sayings of Al-Huwairini

Many of Al-Huwairini’s sayings are famous, including: “If you are the owner of burrows, do not live in one burrow in which you hunt, you have to move from burrow to burrow, so that you hunt and be wary of those who want to hunt you.” He also said: “Open minds, for God has stipulated religion with reason.” And he who has no mind does not enter the religion of God,” as he was famous for his phrase: “The mind does not have a specific homeland, but it is left to what comes to it of hearing and sight.”

Achievements of the late

With the beginning of the seventies, Al-Huwairini returned from the United States of America, and began directing radio and theater work, and in 1974 his first acting participation was in the series “Unforgettable Days” and the series “Fael Khair”.

Over the past decade, Al-Huwairini has been considered one of the most important thinkers and poets in Saudi Arabia. He held several literary sessions through which he presented his ideas and poems that seemed somewhat different from the Saudi society. He sought to clarify some of the religious ideas mentioned in the Holy Qur’an and understood in an incomplete or wrong way. I do justice to women and consider them the greatest pillar of this life.

His poem “O Sidra Al-Haqf” was also famous, and this poem was distinguished by being inspired by the Holy Qur’an, in which he said:

O Sidra Al-Haqf, and the endowments are empty. The wind irrigates you unless the sands see it
Qusay on the lost corpses of dust.. The lost mother is the mother of her heart phimosis.