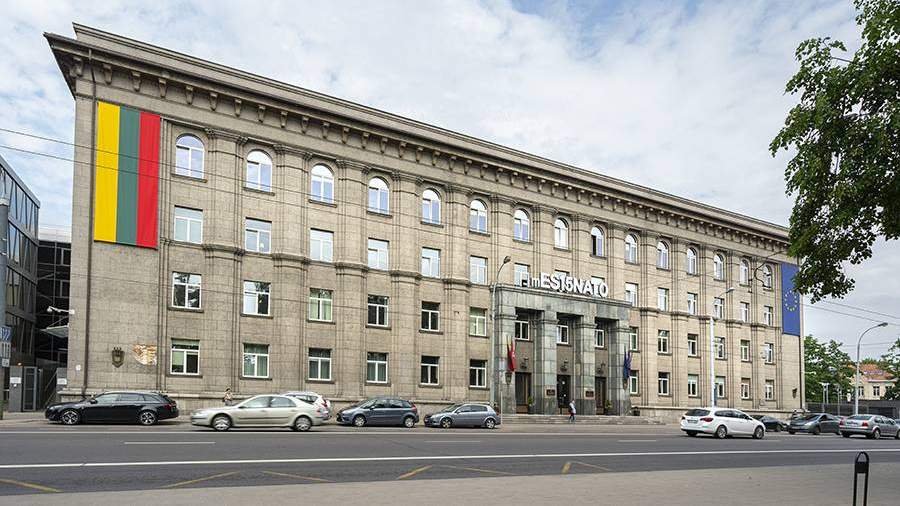 Lithuania regrets China’s decision to downgrade diplomatic relations to the level of chargé d’affaires. This is stated in the message of the press service of the Ministry of Foreign Affairs of Lithuania, circulated on November 21.

The department assured that Vilnius adheres to the policy of “one China”, but has the right to expand cooperation with Taiwan. In Lithuania, it is believed that they can establish non-diplomatic missions to expand such ties. The country’s Foreign Ministry added that other states are doing the same.

“The opening of a representative office of Taiwan in Lithuania is based on economic interests,” the Lithuanian ministry explained.

Earlier on Sunday, the PRC authorities downgraded diplomatic relations with the Baltic state to the level of chargé d’affaires. The reason was the opening of a representative office of Taiwan in Vilnius. Lithuania became the first country to allow Taiwan to open an office that uses the word “Taiwan” rather than “Taipei” in its name.

On November 16, US President Joe Biden, during an online video conference with Chinese President Xi Jinping, confirmed that Washington does not support Taiwan’s independence. The American leader pointed to the interest of the United States in the absence of unilateral steps that change the status quo around Taiwan.

On November 5, China protested the US for interfering in China’s internal affairs in Taiwan and exaggerated criticism for “building up nuclear power.” On November 4, the Chinese authorities made a serious presentation to the European Union in connection with the visit of the European Parliament delegation to Taiwan.

Official relations between the PRC government and its island province were broken in 1949, when the Kuomintang forces, led by Chiang Kai-shek, who had lost in the civil war with the Chinese Communist Party, moved to Taiwan. Contacts between the island and mainland China resumed in the late 1980s. The United States openly supported the Taiwanese authorities.