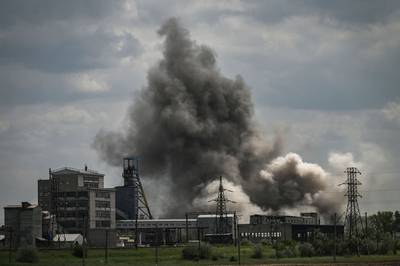 A general of the Russian air force has been shot and killed over eastern Ukraine, the Russian-language service of the British broadcaster BBC has reported. And Ukrainian Foreign Minister Kuleba calls the Russian offensive in the Donbas, in the east of the country, a relentless battle, “the largest on European soil since World War II.” Follow the latest news about the Russian invasion of Ukraine in this live blog. Read our previous live blog here.