Live broadcast.. A legendary ceremony to present Ronaldo to the Saudi Al-Nasr fans 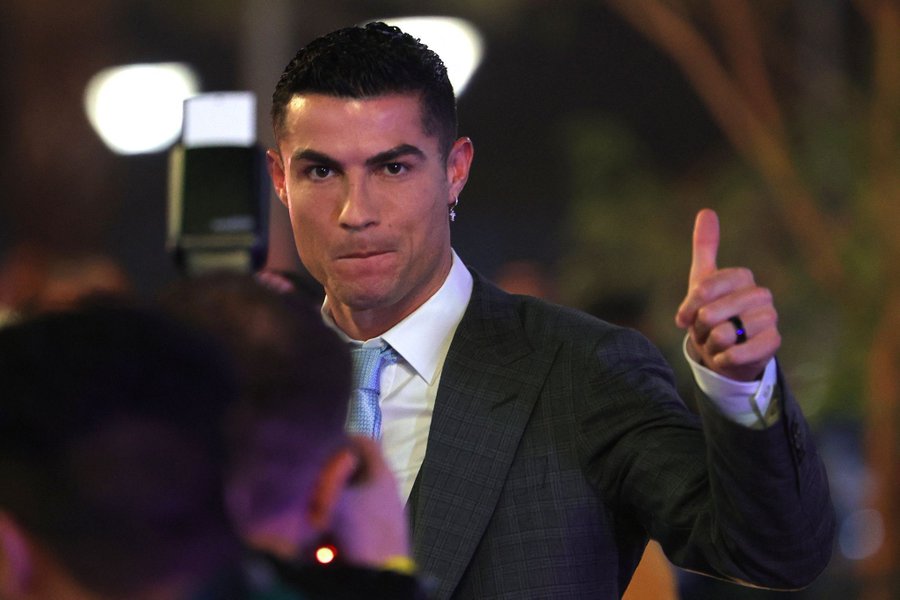 The Saudi club Al-Nasr presents the Portuguese star Cristiano Ronaldo (37 years), today, Tuesday, at the “Marsol Park” stadium, for the first time in front of thousands of fans of the Saudi Al-Nasr club in Riyadh, after his decision to leave the continent of Europe and play football at the global level to win a contract worth 200 euros. million euros in two and a half years.
The private plane carrying Ronaldo landed on Monday evening in rainy and cold weather, in preparation for his presentation in an enthusiastic and crazy atmosphere on Tuesday.

The main streets of the Saudi capital were adorned with large luminous billboards that bore pictures of Ronaldo in a blue and yellow victory shirt with the words “Hala Ronaldo.”
Ronaldo signed a contract with Al-Nassr until June 2025, with an estimated value of more than 200 million euros, after his contract with Manchester United was terminated by mutual consent, following a television interview in which he strongly criticized his club and Dutch coach Eric ten Hag.
Playing for Al-Nasr, the nine-time Saudi League champion, represents a setback in the “Don” career, which saw him win the most prominent international titles with United, Real Madrid, and Juventus, Italy.