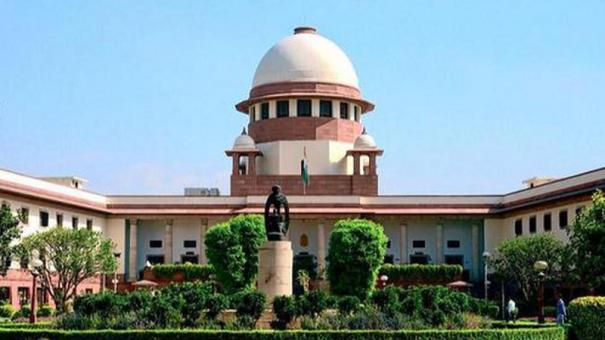 New Delhi: Win-in is also a family system run by same-sex relatives. The Supreme Court opined that they are also entitled to protection under the law.

According to Indian law, family is an immutable unit consisting of mother, father and children as per Indian social system.

Thus in many contexts any change in an individual’s family structure fails to be recognized as a family.

In 2018, a historic judgment was delivered in India. According to it, homosexuality is not a criminal offence. Following this, the activists demanded that same-sex marriages and liv-in relationships should be legally recognized.
In this case, this opinion of the Supreme Court becomes important.

Case Background: The Supreme Court has expressed this view only in a case filed by a woman. The working woman is denied maternity leave. The woman’s husband had two children from a previous marriage. In this case, permission was denied as the woman requested maternity leave for her child born through him.

The Supreme Court heard this case and held that a family may consist of a single parent. The reason can be death of spouse, separation, divorce. Similarly, those who can be guardians of children i.e. those who are in the position of mother and father can also become remarriage, adopter or foster child.

Family relationships need not always be traditional structures. Win-in is also a family system run by same-sex relatives. In this case, it said that since the husband of the woman concerned already has two children, the woman cannot be barred from taking maternity leave to take care of her only biological heir.