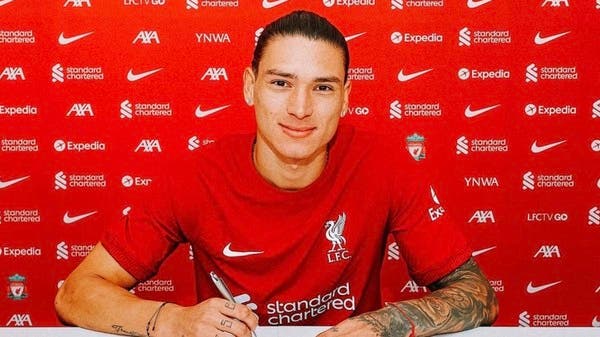 Liverpool announced its official contract with the Uruguayan national team and Benfica club, Darwin Nunez, on Tuesday, for a deal that could reach 100 million euros, a record for the club, exceeding the number that Liverpool paid to Southampton (85 million euros) in 2018) to include Dutch defender Virgil van Dyke.

Nunes, who will celebrate his 23rd birthday on the 26th of this year, scored 34 goals in 41 games for Benfica last season in various competitions.

The arrival of Nunes may lead to the possibility of the departure of Senegalese Sadio Mane, the candidate to move to Bayern Munich, according to several press reports.