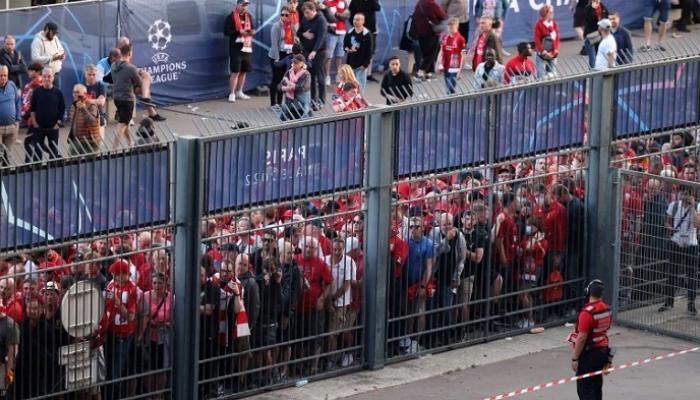 Liverpool CEO Billy Hogan has demanded the results of an investigation into the events that accompanied the Champions League final against Real Madrid in Paris last week, which led to a 36-minute delay in the confrontation due to clashes between French police and Liverpool fans.

“We at Liverpool have asked for an investigation into what happened in Paris last Saturday. Not a report. I think these are two very different things. We wrote to UEFA again and asked specific questions. We would like them to clarify the details of these investigations,” Hogan told Liverpool’s official website.
“We consider it important for us to start investigations immediately and to clearly disclose the details,” he added.

On the other hand, French Interior Minister Gerald Darmanin told the media that Liverpool fans were responsible for what happened, because 40,000 of them did not have valid tickets to attend the match.

He explained: “I spoke to my counterpart at Real Madrid (Thursday) and he explained to me that his team’s fans had problems as well. They have big reservations about the organization, including the police administration of events on the day of the match.”

He concluded: “According to my understanding, Real Madrid will reveal some details about that also through its channels.”