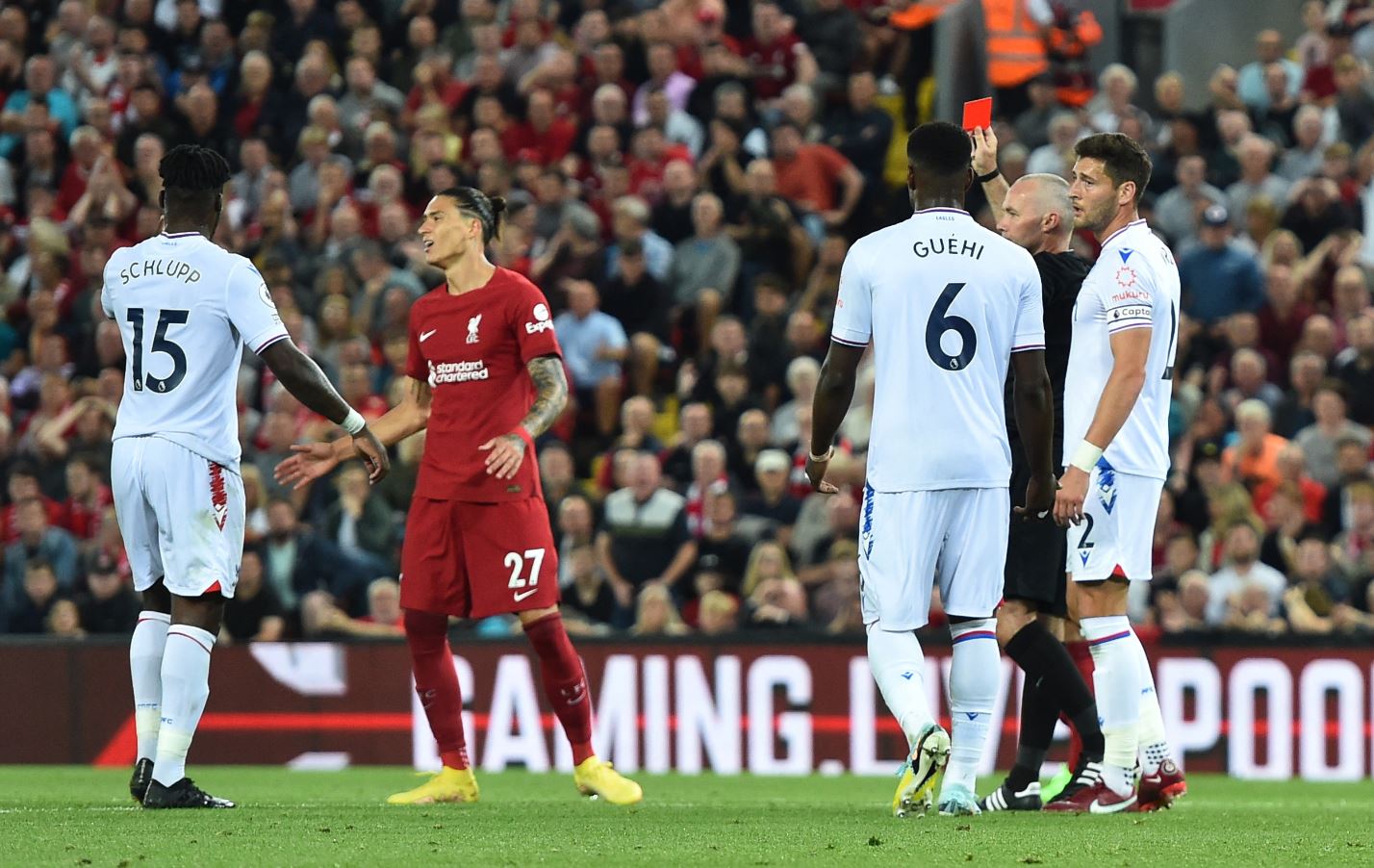 Liverpool coach Jurgen Klopp said he was proud of his team’s resilience and continued to play strong and succeeded in achieving a 1-1 draw with Crystal Palace in the Premier League yesterday, after playing with ten men after Darwin Nunez was sent off. He stressed that the Uruguayan striker failed his colleagues and caused the red card, and he must learn the lesson. Liverpool striker Luis Diaz scored a goal to cancel the lead for Crystal Palace, signed by Wilfried Zaha. Nunez was sent off for heading an opponent in his first appearance at his new club’s stadium.

“After the match, I told the players that I was proud,” Klopp told reporters. “I think the start of the second half was positive again and then the red card. But the best possible reaction came from Diaz, a great goal.”

“Immediately after that, it became an extraordinary match,” the German coach added, stressing that he was pleased with his team’s pressure on Crystal Palace. Nunez was given a straight red card in the 57th minute for his reaction to a push by Palace defender Joachim Andersen and Klopp said the Uruguay international should learn from the mistake, which will likely lead to a three-match ban. After a draw in the first two rounds of the season, Liverpool occupies 12th place among the 20 teams in the championship, and will meet in the next round, away from home, with Manchester United, who are at the bottom of the standings.