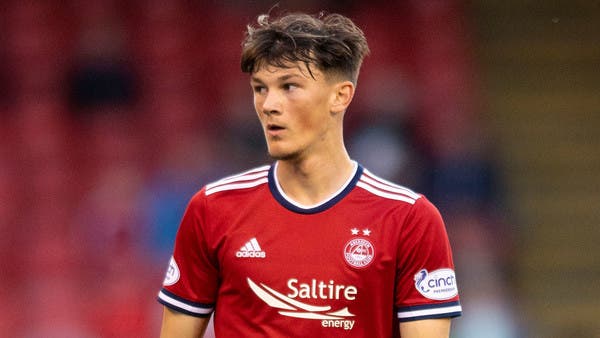 British media reported that Liverpool paid Aberdeen 4.5 million pounds ($5.50 million), along with some additional sums, for the services of the young right-back.

Ramsey created nine scoring opportunities in 13 matches he played in all competitions with Aberdeen during the 2021-2022 season, during which the team narrowly avoided relegation from the Scottish Premier League and advanced to the last round of the European Conference League qualifiers.

Ramsey said: “Playing for Aberdeen was a dream come true and now comes a huge achievement, which is to join one of the biggest clubs in the world, if not the biggest, and I am looking forward to showing my abilities and skills to the public.”

With this, Ramsey became the third player to sign for Liverpool this summer, after winger Fabio Carvalho and striker Darwin Nunez.