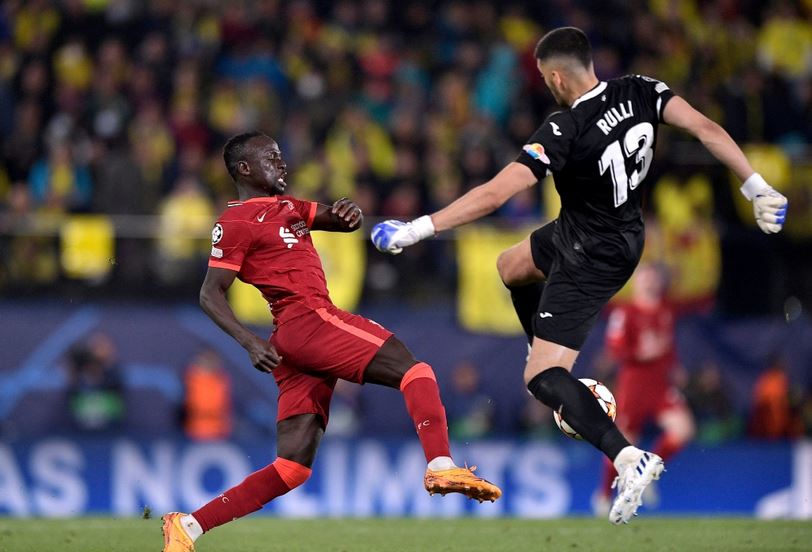 Liverpool reached the tenth final of the European Champions League, after defeating Spanish club Villarreal 3-2 in the second leg of the semi-finals on Tuesday.
Liverpool had advanced in the first leg with two clean goals, but Villarreal succeeded in equalizing the balance tonight in the first half when he advanced the double of Senegalese Boulaye Dia (3) and French Frances Coquelan (41), but Liverpool turned the table on him in 12 crazy minutes in the middle of the second half by scoring a three-pointer rotated Brazilian Fabinho (62), Colombian Luis Dias (67) and Senegalese Sadio Mane (74).

It is noteworthy that the first goal of Liverpool was achieved after a powerful shot that passed between the feet of the Villarreal goalkeeper, and in the same way Mane scored the second goal when he snatched the ball from between the goalkeeper’s feet as well, to cross Liverpool in this way to the final match awaiting the second qualifier between Real Madrid and Manchester City.
Liverpool had previously won the most important continental title six times in 1977, 1987, 1981, 1984, 2005 and 2019, and lost it three times in 1985, 2007 and 2018.