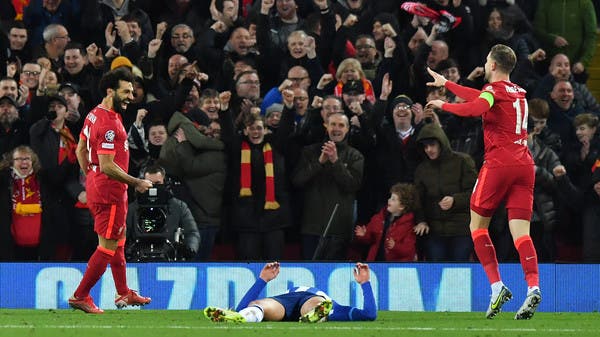 Thiago Alcantara and Mohamed Salah scored twice in the second half as Liverpool beat Porto with half their strength 2-0 and preserved the mark of full success in the second group of the Champions League on Wednesday.

Porto, who started the day second in the group behind already qualified Liverpool, missed many chances in the first half and paid a heavy price.

Liverpool, who played without Virgil van Dijk and Jordan Henderson to rest them, took a superb low shot from Thiago in the 52nd minute before Salah confirmed the English team’s three points in the 70th minute.

Klopp’s team has 15 points from five games, while Porto clings to second place with five points after Atletico Madrid lost 1-0 at home to Milan.

Porto, who has five points, hosts Atletico (four points) in their last game in the group.