Liverpool enters the stage of “desperation” .. Salah will leave for free 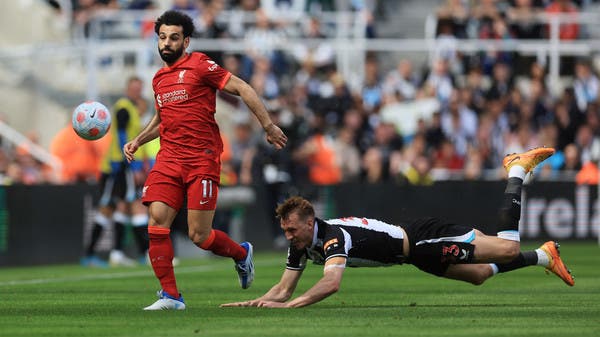 Liverpool is almost convinced that its Egyptian star, Mohamed Salah, will leave the club for free next year, after implementing his management solutions in order to extend his contract, which expires in the summer of next year.

Salah’s contract expires in June 2023, which means that he will leave the English team free of charge next summer if he does not renew his contract with the club, as the Egyptian striker is the most important offensive card of German coach Jurgen Klopp, after he participated in 254 games with Liverpool, scoring in 156 of them in 5 consecutive years. .

Negotiations to renew the Egyptian star’s contract have been going on for nearly a year and until this moment there are no signs of agreement between the two parties, and according to press reports, Liverpool is preparing itself for the departure of Al-Masry, as “Mirror” published that the English club had provided everything it could in their last offer to the striker.

“Mirror” added that Liverpool does not see any kind of flexibility from Salah and his agent in the negotiations, which puts the “Reds” in danger of losing the two stars of the Senegalese attacking line, Sadio Mane, who is close to moving to Bayern Munich and Mohamed Salah in the event he does not renew his contract.

Liverpool had signed Colombian Luis Diaz last winter from Porto, in addition to Uruguayan striker Darwin Nuwens from Benfica this summer, and with one year left in the Brazilian Roberto Firmino contract, the English club may bid farewell to the era of its three stars that brought the team back to the global front and led it to the podiums in 6 years.

Since the meeting of the Brazilian-Senegalese-Egyptian trio, Liverpool won the English Premier League for the first time since 1990 in the 2019-2020 season, in addition to the 2018-2019 Champions League, the 2019-2020 Club World Cup, the European Super Cup for the same year, and the Federation and League Cup for the 2021-2022 season.