Liverpool faces Villarreal with its eyes on the third final 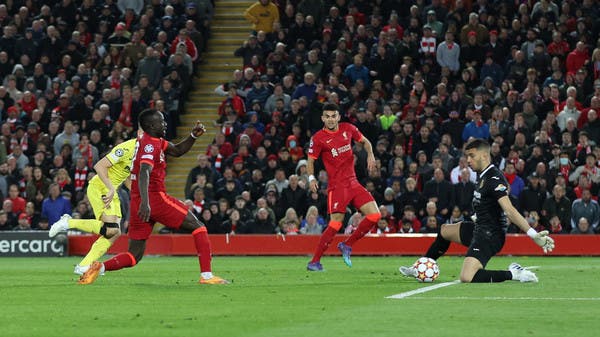 Liverpool will meet Villarreal in Spain on Tuesday in the second leg of the Champions League semi-final, with two clean goals that put them on the verge of the final in a season looking for a historic quartet.

In the second meeting on Wednesday, Manchester City will defeat Real Madrid, after winning 4-3 in the first leg in one of the most enjoyable matches of the season.

Liverpool did not bid farewell to the playoffs of the first continental championship after winning the first leg, since the 2001-2002 season when Bayer Leverkusen and its star Michael Ballack eliminated him from the quarter-finals (1-0 and 2-4).

The red team crowned this season with the League Cup and reached the FA Cup final, where it will face Chelsea, and is one point behind in the local league behind leaders Manchester City (83-82), knowing that it may face him in the final match scheduled in Paris, which I had the honor of hosting. After the stripping of St. Petersburg, Russia, the impact of the Russian-Ukrainian crisis.

In the first match, Liverpool waited at the beginning of the second half to break the defensive bloc of Villarreal to open the scoring with friendly fire through Ecuadorean international “yellow submarine” defender Pervis Estupinian (53), and consolidated the result with the Senegalese international Sadio Mane after two minutes after a pass from the Egyptian star Mohamed Salah. Liverpool is in the twelfth semi-final in the prestigious continental competition, which has won its title six times, the last of which is in 2019.

On the other hand, given the explicit result of the first leg, the task of Villarreal, the European League champion last season led by Unai Emery, who had ousted Juventus and Bayern Munich in the price and quarter-finals, respectively, became difficult to turn the table again in light of the remarkable brilliance of the English team.

Villarreal, who is playing the role of four in the continental competition for the second time in its history after the first in the 2005-2006 season, is currently ranked seventh in the Spanish League, nine points behind Atletico Madrid, the fourth, the last qualifying place for the Champions League, after losing Saturday with a reserve lineup that witnessed the change of eight players. On the land of Alaves and summer bottom 1-2.

His coach, a specialist in the European League, which has been crowned four times (three in a row with Seville between 2014 and 2016), spoke of the first leg, “We fought back defensively to get different options in the second leg. It will be a difficult match at La Ceramica (stadium). We will test them more.”

And the two teams had previously met in only two continental matches, in the semi-finals of the European League in the 2015-2016 season when Liverpool, led by its German coach Jurgen Klopp, compensated for its 0-1 delay in the first leg in Spain to win 3-0 back at Anfield, before losing the final against Seville and Emery. Especially (1-3) in Basel, Switzerland.

In turn, Klopp said, “Things are good so far. You have to be 100% attentive and in the right mood to play the second leg like going. We are leading 2-0 and that’s good. But we know we haven’t qualified yet.”

While competing on more than one front in its quest to become the first English team to win the three local titles and the Champions League, Liverpool beat Newcastle on Saturday in the local league with the goal of their Guinean midfielder Naby Keita.

After this victory that put him temporarily at the top of the Premier League, before defending champion Manchester City regained it hours later after his big victory over Leeds United 4-0, Klopp said he would never focus on facing City, “No, Villarreal. They are 1-2 behind now, They also play at 1:00 in the afternoon…”

Klopp, who in turn relieved Salah (29 years), was finally the best player in the league, according to the vote of sports journalists, right-back Trent Alexander-Arnold and Brazilian midfielders Fabinho and Spaniard Thiago Alcantara from the starting lineup, “This is what matters to me, I did not think for a second about Manchester City, but immediately Villarreal.”