Liverpool fail again… and this is what Mohamed Salah did in the 95th minute! 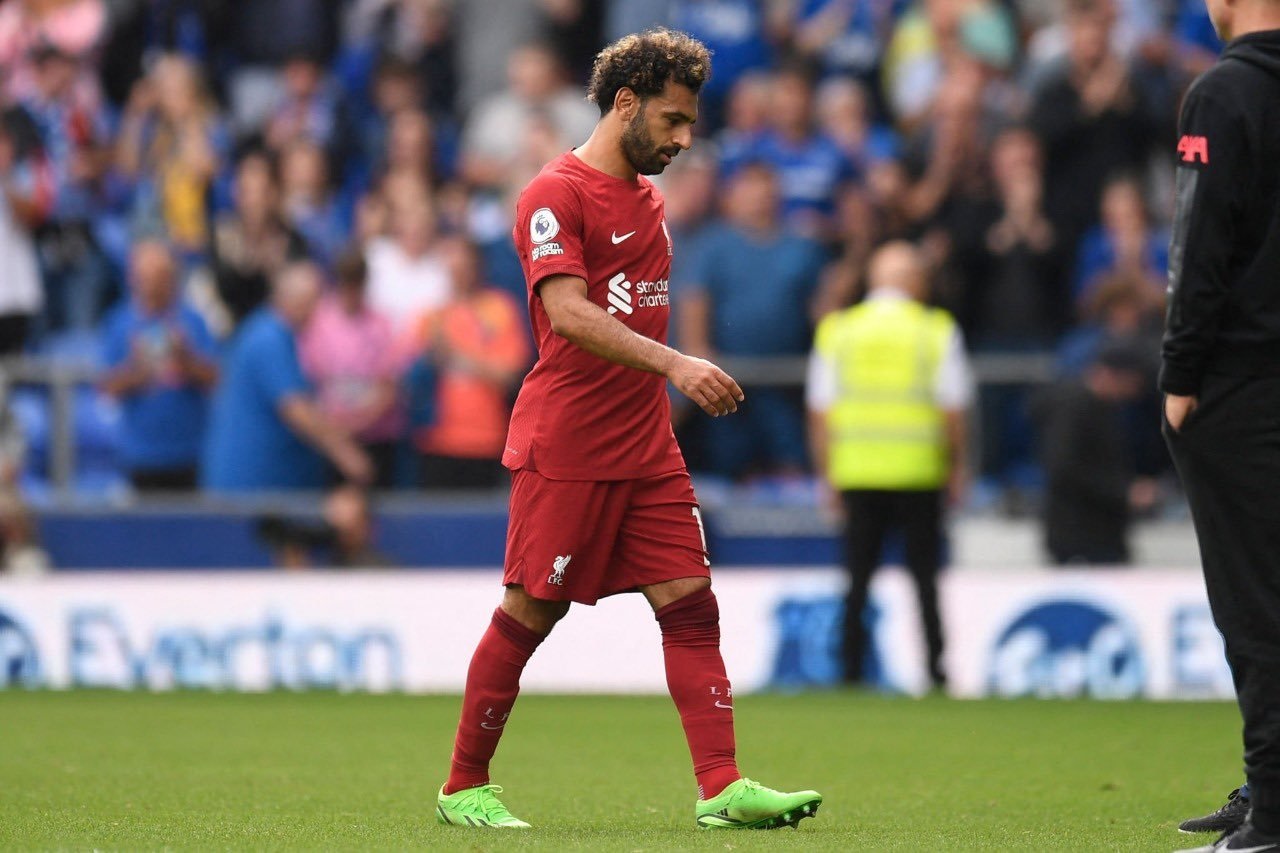 Liverpool failed to score for the first time this season in the English Premier League, with a goalless draw with its host and rivals Everton, Saturday, in the Merseyside derby in the opening of the sixth stage, to return to its volatile results.
At Goodison Park and in front of about 40 thousand spectators, Liverpool, fifth in the standings, was temporarily unable to continue its awakening, after achieving two consecutive victories over Bournemouth 9-0 and then Newcastle with great difficulty 2-1, after a faltering start that witnessed a draw twice and then losing to Manchester United .
On the other hand, Everton tied for the fourth time in a row after two opening losses.
Despite the negative result, the match witnessed several chances that did not catch the net and 37 shots for both teams (23 for Liverpool and 14 for Everton).
And returned to the ranks of Liverpool, Uruguayan striker Darwin Nunes, who finished a three-game ban after being sent off against Crystal Palace. Missed captain Jordan Henderson to injury, and sat Brazilian striker Roberto Firmino and Scottish left back Andrew Robertson on the bench, before entering the second half.
In Everton’s most prominent opportunities during the first half, young winger Anthony Gordon manipulated the Liverpool defense on the left side, so the ball reached after a darbka to Tom Davis, who shot it at the post of Brazilian goalkeeper Alison Becker (32).
Liverpool responded with a dangerous double opportunity, when Nunes fired a shot that goalkeeper Jordan Pickford saved with his fingertips with the help of the crossbar, and it reached the Colombian Luis Dias, who launched a spiral out of reach of the goalkeeper, but the post took care of saving the blue team (43).
In the second half, the star of the match, Pickford, denied the substitute Firmino with three blocks, about an hour after the start of the match, and then another to the Brazilian midfielder Fabinho (64).
A goal scored by defender Conor Cody for Everton was canceled due to offside (69), angering the host fans, who threw a beer can that almost hit Liverpool coach Jurgen Klopp.
Then Firmino played a lightning ball from inside the area, after a beautiful pass from the Egyptian Mohamed Salah, which was blocked by the goalkeeper (87).
And in the time instead of lost, Liverpool missed a golden opportunity to snatch the points, as the winning goal was lost against Salah, whose ground shot bounced off the left post (90 + 5).
In the last half hour, Everton coach Frank Lampard paid Senegalese midfielder Idrissa Gaye, who returned to “Tovez” after an experience with French Paris Saint-Germain.
Seven matches will be played later, including Manchester City, the title holder four times in the last five seasons and the runner-up, currently two points behind Arsenal, with its host Aston Villa, the bottom runner-up, in addition to two London matches between Tottenham and Fulham, Chelsea and West Ham.