Liverpool leads the English Premier League temporarily .. thanks to this player 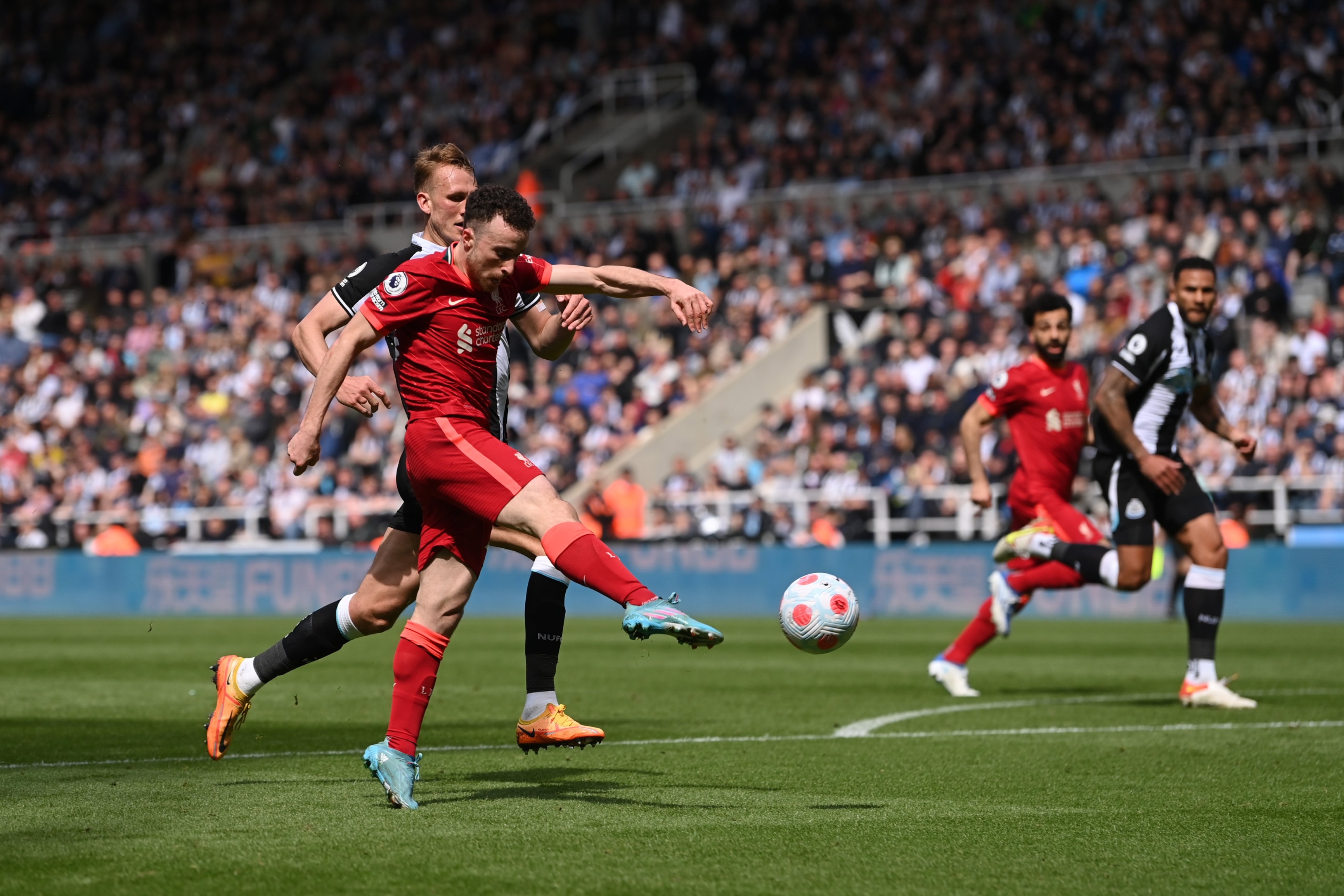 Liverpool achieved the most important thing by continuing to put pressure on its only rival for the title, holder of Manchester City, and temporarily took the lead by winning the precious victory over Newcastle United 1-0 on Saturday at “St James’ Park” in the opening of the thirty-fifth stage of the English Football Championship.

German coach Jurgen Klopp’s men owe the victory to Ghanaian international midfielder Naby Keita, who scored the only goal in the 19th minute.
It is the third win in a row for Liverpool and the 25th this season, raising his score to 82 points and temporarily rising to the top by two points against Manchester City, who will visit Leeds United later.
Liverpool could have settled the result of the match with more than one goal, given the many opportunities that its attackers took turns to waste, especially Senegalese Sadio Mane, Portuguese Diogo Jota and Colombian Luis Diaz, and almost paid the price dearly in the 87th minute, had it not been for the wonderful response of Brazilian goalkeeper Alison Becker to a shot from his compatriot Bruno Guimaraes. From outside the area the only chance for the owners of the match.
Liverpool inflicted the first loss to Newcastle after 4 consecutive victories and put pressure on Manchester City, which demanded victory, to regain the lead.
There are 4 matches left against Liverpool, where it hosts Tottenham and is a guest of Aston Villa and Southampton, before it ends the season by hosting Wolverhampton.
As for City, it is a guest of Leeds and hosts Newcastle, then a guest of Wolverhampton and West Ham, and ends its season at home against Aston Villa.
Liverpool also confirmed its good preparation for its trip to Spain on Tuesday to face Villarreal in the Champions League semi-final second leg (2-0 first leg).
Klopp made 5 changes from the last match against Villarreal, keeping Trent Alexander-Arnold, French Ibrahima Konate, Egyptian Mohamed Salah, Spaniard Thiago Alcantara and Brazilian Fabinho on the bench, and pushed Cameroonian Joel Matip, Joe Gomez, James Milner, Keita and Jota in their place.
Newcastle rushed at the beginning of the match in search of surprising Liverpool, but the latter quickly absorbed the enthusiasm of the home players and imposed a relative advantage that translated into an early goal.
The first and most dangerous opportunity was a powerful shot by Keita from outside the area that passed near the right post (7).
Keita succeeded in opening the scoring after a coordinated attack, during which captain Jordan Henderson passed a ball to the Guinean on the right side, so he exchanged the ball with Jota and penetrated into the area and manipulated the Newcastle defense and Slovak international goalkeeper Martin Dubravka before he shot it powerfully from close range with his left into the goal (19).
It is Keita’s third goal this season and the 11th in 109 matches with Liverpool in various competitions.
Sadio Mane missed the opportunity to reinforce after a counterattack led by Dias, who prepared it for the unattended Senegalese at the edge of the area, and he recklessly shot it with his right hand in the hands of Dubravka (35).
Dubravka saved his goal from a second goal by brilliantly banishing Jota’s header from close range (41), Milner almost reinforced Liverpool’s progress with a “flying” shot from the edge of the area that passed next to the right post (42).
Mane continued the series of missed opportunities when he received a ball on a plate of gold from Gomez inside the area and hit it crawling next to the left post (63).
Klopp pushed Salah and Fabinho in the place of Mane and Henderson (69), and the first almost did it three minutes after entering with a deceptive shot from inside the area, which Dubravka saved (72), and Jota was alone with the Slovak goalkeeper and shot a strong ball, which was pushed away by the latter (73).
Jota manipulated more than one defender and fired a powerful ball, which Dubravka sent to a corner (79), and Dias followed suit with an individual effort inside the area, ending it with a shot next to the right post (85).
Brazilian Bruno Guimaraes almost frustrated the guests with a powerful shot from outside the area, which was blocked by his compatriot Becker (87).