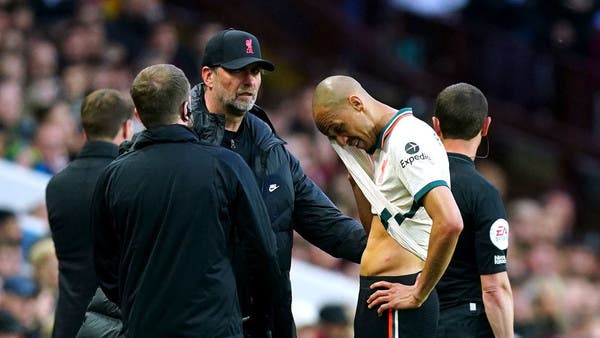 Liverpool coach Jurgen Klopp announced that defensive midfielder Fabinho will miss the FA Cup final against Chelsea at Wembley on Saturday due to a muscle injury, but the Brazilian will return to the team to complete the remaining matches this season.

Fabinho was injured in the first half in Liverpool’s 2-1 victory over Aston Villa in the Premier League on Tuesday.

Liverpool is second in the league, three points behind leaders Manchester City, with two games remaining. He will also face Real Madrid in the Champions League final in Paris on May 28.

“There is a good chance that he will be back after Saturday’s game,” Klopp told Liverpool’s website on Thursday.