Liverpool player: Real Madrid will not win the Champions League 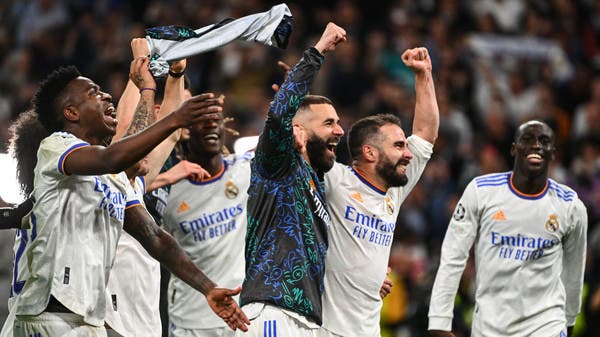 Former Liverpool player Jamie Carragher stressed that Real Madrid’s qualification to the Champions League final is better than facing Manchester City, which he considered the strongest and best.

And Carragher had expected Real Madrid to be eliminated from the round of 16 at the hands of Paris Saint-Germain, before the Spanish capital club could eliminate the French team, then Chelsea and Manchester City, and reach the final to set up a date with Liverpool in Paris on May 29.

The player, who wore the Liverpool shirt from 1996 to 2013, said: Real Madrid will not win the Champions League, it certainly has no chance of winning the title.

And Richards, the former defender of Manchester City, replied during the analytical studio of the meeting: You will feel nervous in the final.

However, Carragher said: I would be more nervous if Manchester City were in the final, and I am still confident that Real Madrid will not win the title, I am very confident that Liverpool will win.