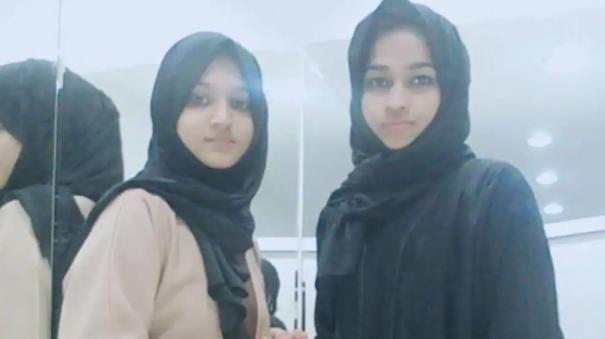 Thiruvananthapuram: Adila Nasreen hails from Aluva, Kerala, and her friend Fatima Noora. Both of their parents worked in Gulf countries. Then the two friends had homosexuality.

Knowing this, Fatima Noora’s parents sent her to Kerala. But Adila Nasrin came to Kerala in search of him.

Both Adila Nasrin and Fatima Noora told Hindu Tamil Vekti, “Our parents did not understand our feelings and physically hurt us. My friend and I are firm in our opinion and have joined with a court order. Now we live as free as a bird without anyone’s interference. Life is incomplete unless we live for ourselves. Even when we looked for a flat on rent in Chennai we did not hide our identity. Most parents do not understand this. We had financial independence as both of us were working. So we are living together by moving to the high court and establishing legal rights. Same-sex couples are equal in all respects. “There is a huge change in people’s minds about same-sex relationships,” he said.