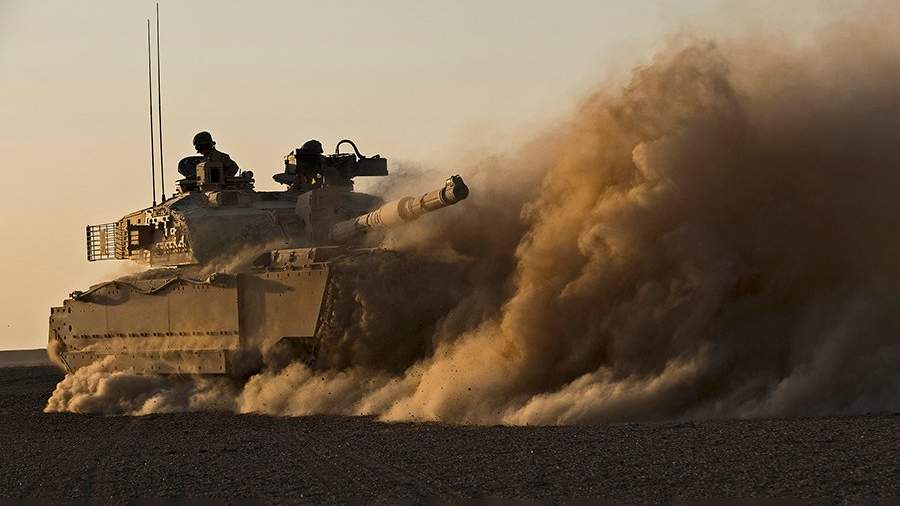 The commander of the Troy volunteer special forces unit, Vladimir Novikov, with the call sign Alabai, called the delivery of 14 Challenger 2 tanks by the UK to Ukraine “a drop in the ocean.” He spoke about this on Sunday, January 15.

“Tanks are heavy equipment, assault, offensive, modern. Even if it is not of the latest generations, but it is no longer the time of Stalin and Khrushchev, ”added the military man.

According to him, with this step, the UK announces its intention to increase the volume of military assistance to the nationalists of Ukraine. Novikov considers the supply of assault equipment to the militants a statement for Germany, France and Israel and other allies.

The day before, on January 14, the British government announced the delivery of 14 Challenger 2 tanks and about 30 AS90 large self-propelled howitzers to Kyiv, which are controlled by five gunners. At the same time, London warned about the start of training of Ukrainian fighters in the use of British tanks and howitzers in the coming days.

At the same time, the Russian embassy in London warned of the intensification of the conflict in Ukraine as a result of the supply of British tanks. The diplomats also stressed that the course of arming the Ukrainian radicals reflects London’s line of dragging out the confrontation.

Western countries have stepped up military and financial support for Ukraine against the backdrop of a Russian special operation to protect Donbass. The decision to hold it was announced in February against the background of the aggravation of the situation in the region due to shelling by Ukrainian troops. Back in April, the Russian Foreign Ministry sent a note to all NATO countries because of the supply of weapons to Kyiv.

Western countries have increased military support for Ukraine after the start of Russia’s special operation to protect the population of Donbass. The decision to hold it was made by Russian President Vladimir Putin against the background of the aggravation of the situation in the region due to shelling by the Ukrainian armed forces.