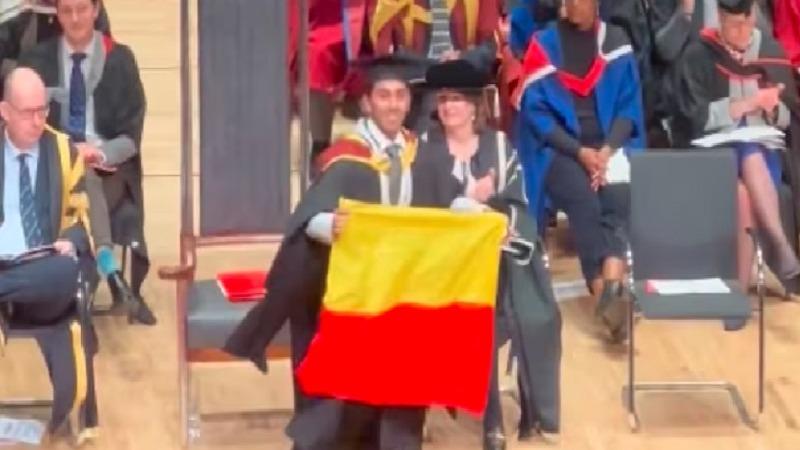 The student, Adish R Wali, obtained his MS in Management from London City University. He mounted the stage and carried the Karnataka state flag while receiving his graduation certificate. He shared a related video on his Twitter. In it, he posted, “I graduated from Bayes Business School, London City University with a degree in Management. I carried the Karnataka state flag for the ceremony. It was a proud moment.”

Adish uploaded this video on 21st January. The video has received more than 1 lakh views. Under the video, one blogger posted, “Should have carried the Indian flag,” while another replied, “Karnataka is now and always the daughter of India. The first line of the national anthem is Jaya Bharata Jananiya Tanu Jathe, Jaya Hai Karnataka Mathe. Our devotion to the nation of India. “Let no one question it,” he wrote. Young Adish’s record has been receiving accolades and criticism.

I graduated with MS in Management from City University of London – Bayes Business School (Cass). A moment of pride as I unfurled our Karnataka state flag during the ceremony in London, UK.
– ARW #ARW