London: Russia’s military campaign in Ukraine has destabilized peace and stability in Europe 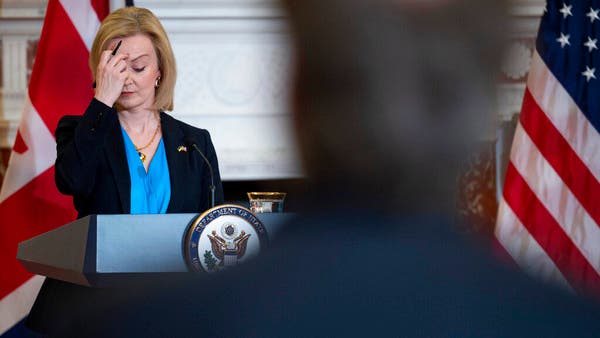 British Foreign Secretary Liz Truss said Saturday that there is evidence that Russian forces are killing innocent civilians and raping women, noting that Russia’s “horrific” military campaign in Ukraine has destabilized peace and stability in Europe.

And she considered that “innocents are paying the price for continued brutality” in cities such as Mariupol. She added that Britain provided a comprehensive package of humanitarian, military and economic support to Kiev worth $2 billion, while she said that British supplies of anti-tank weapons to armored fighting vehicles helped Kyiv stop the advance of Russian forces.

“We are working with our international partners and allies to strengthen the North Atlantic Treaty Organization (NATO) so that it is resilient and able to deal with the full range of threats to European security,” she added.

The British Ministry of Defense said, earlier, that the conflict in Ukraine is taking a heavy toll on some of the most advanced and capable Russian units. It added that at least one T-90M tank, the most advanced in Russia, was destroyed during the fighting.

It said that about 100 T-90M tanks are in service among the best-equipped Russian units, including those fighting in Ukraine.

With the Russian military operation in Ukraine entering its 73rd day, today, Saturday, Russian forces continue to destroy Ukrainian military sites, while the West is preparing to adopt a new package of sanctions against Moscow in light of the escalation of its military and moral support for Kiev, while the evacuations from Mariupol continue.

The Russian Defense Ministry reported that US and European weapons and equipment were destroyed by bombing in the Kharkiv region, while 18 Ukrainian military sites were targeted last night, including 3 ammunition depots near Odessa.