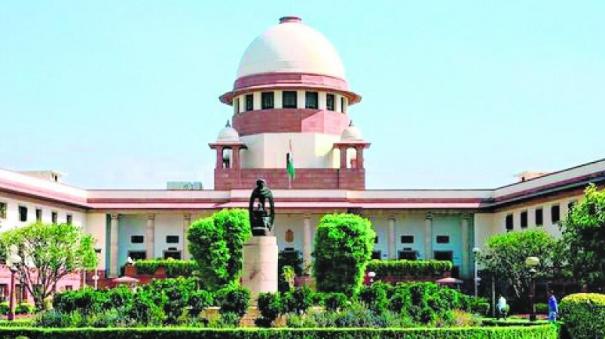 New Delhi: The Supreme Court said on Tuesday that the final hearing of the case on the practice of “social exclusion” of Dawoodi Bora community will be held on October 11. With this, it is expected that this case, which has been in the constitutional session for a long time, will end soon.

A five-judge bench headed by Justice Sanjay Kishan Kaul adjourned the 1986 case for final hearing on October 11 and asked all the parties to file a written statement on whether the practice of exclusion of the Dawoodi Bora community can continue as a protected practice and the existing law and order practice. They ordered that on Tuesday.

In the year 2005, a case was filed in the Supreme Court against the practice of exclusion from this society.

In Tuesday’s hearing on the case, the Maharashtra government had argued that the case should be transferred to a nine-judge bench, saying that like the Sabarimala case, the case involved various issues related to judicial review of religious practices.

The 53rd Syedna, leader of the Dawoodi Bora community, argued that, “All the controversy in this case revolves around the Bombay Prevention of Social Exclusion Act, 1949. Since the Maharashtra government has repealed this Act in 2017, any action is void.”

Senior advocate Fali S Nariman, who appeared for Syedna, said the Maharashtra government’s Protection of People from Social Neglect (Protection, Prevention and Remedy) Act, 2017 has brought the plea into controversy.

He pointed out that the new law not only repealed the 1949 law but also outlawed all forms of ostracism, including social exclusion.

Senior advocate Siddharth Patnaik, who appeared for the petitioners, said that the General Act of Maharashtra on Social Exclusion does not protect the community of Dawoodi Bora, who observes social exclusion, and religious leaders belonging to that community should come forward to express in writing that they will not observe social exclusion as per the Supreme Court’s 1962 judgment.

Objecting to this, Nariman denied that he could not give any written statement and said that the case should be heard on October 11.

Background of the Case: Dawoodi Bora Socialism’s legal struggle on the issue of social exclusion has a long history. In 1949, the then Bombay Government brought the Prohibition of Social Exclusion Act. Against this, the then head of the Dawoodi Bora community filed a petition in the 51st Syedna Court. In the petition, he had stated that “social exclusion” was one of the administrative powers of his sect. In 1962, a five-judge bench of the Supreme Court struck down the 1949 Act.

After 25 years of this judgment, in 1986, the Dawoodi Bora Community Board, considered to be the reformers of the Dawoodi Bora community, filed a writ petition. The petition referred to the findings of a 1977 commission headed by Justice Narendra Nathwani to ascertain whether the social exclusion alleged by certain families was true.

Two years later, the Narendra Nathwani Commission submitted a report saying that there was no evidence that the allegation was false and that social exclusion should be made illegal.