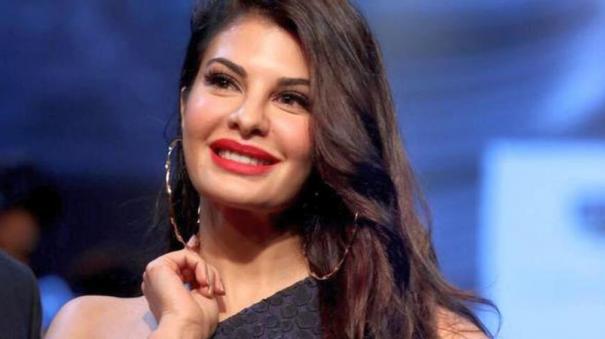 Sukesh Chandrasekhar, a middleman, was arrested last year for defrauding the wife of a Delhi-based businessman of Rs 200 crore. Hindi actress Jacqueline Fernandez was interrogated by the enforcement department for her alleged involvement. Actress Jacqueline Fernandez’s name was associated with the accused in the recently filed chargesheet in the case by the enforcement department.

Now knowing that Sukesh is a criminal, actress Jacqueline dated him because of his lust for money, the Enforcement Directorate said. In the charge sheet filed against Jacqueline Fernandez, “Actress Jacqueline was well aware of Sukesh Chandrasekhar’s past crimes. She also knew that Lena Maria Paul was Sukesh’s wife. Jacqueline was told all this by her hair stylist Shaun. However, Jacqueline deliberately ignored them and continued her relationship with Sukesh.”

Also received financial benefits from Sukesh. His family members and friends also benefited financially from their relationship with Sukesh. Everything they got was due to Sukesh’s crime. Jacqueline Fernandez received 5 watches, 20 pieces of jewellery, 65 pairs of shoes, 47 dresses, 32 bags, 4 Hermes bags, nine paintings and a Versace crockery set (expensive ceramic vessel) from Sukesh. Sukesh Chandrasekhar has gifted two cars to Jacqueline Fernandez’s parents in April 2021. He did not reveal it during his trial.

Apart from these, Jacqueline received Rs 7.12 crore, her sister in America Rs 1.26 crore and her brother in Australia Rs 15 lakh from Sukesh. Along with these, they also bought gifts worth 5.71 crores. Due to his love for money, Sukesh knowingly got along with him regardless of his crimes and bought the proceeds of the crime. These are confirmed.

However, Jacqueline Fernandez said during the trial that she never knew about Sukesh Chandrasekhar’s cases. Also, Jacqueline, who continued to claim that she was victimized by Sukesh, did not provide any evidence during the trial to prove it. It is thus established that he had divulged a false story to escape from the investigation. “Jacqueline deleted the data on her cell phone to hide her relationship with Sukesh and also hid the contact data of her employees with Sukesh,” the enforcement department said.