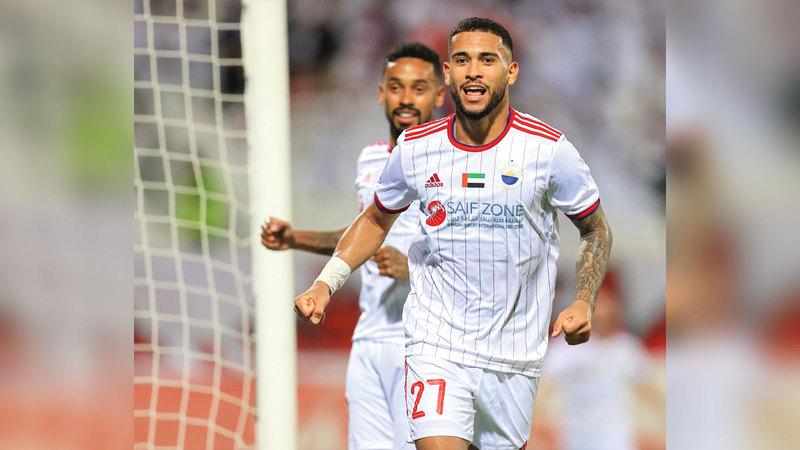 The Sharjah player, the Brazilian professional Luan Pereira, who plays in the club’s ranks within the category of residents, has turned from an emergency player that is used when needed to a key player. He kept giving it.

Luan Pereira, 22, is currently one of the most prominent makers of King Sharkawy’s victories, by scoring four goals so far, with one goal in each of the past four matches, leading the team’s top scorer.

Luan Pereira, who joined the ranks of Sharjah in February 2020, contributed to Sharjah’s victory in the first four rounds, and topped the ADNOC Professional League competition. The third against Baniyas in the second round, Sharjah won 3-0, and in front of Ajman in the third round he scored the second goal and Sharjah won 3-2, and in the fourth round, the player scored the second goal against Khorfakkan, and he was one of the most prominent players who led the team to a big win 3- Zero. And in appreciation of the advanced level that he continued to provide, the club rewarded the player Luan Pereira by renewing his contract in February of last year until 2024.

Sharjah Club renewed Pereira’s contract until 2024, in recognition of the advanced level it provides.