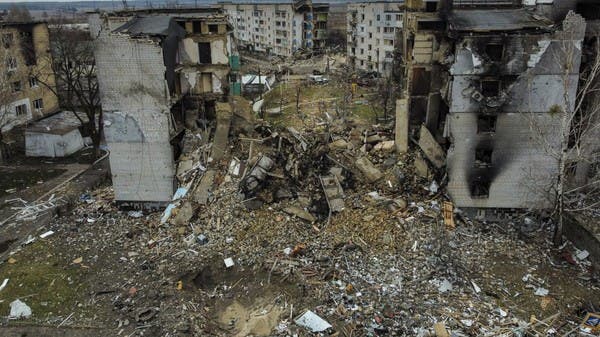 In a move that would represent a major victory for Russia, which has intensified its attacks in the Ukrainian east for weeks, Ukrainian forces began to withdraw from the city of Severodonetsk, which has become almost destroyed after weeks of bombing and street fighting.

Meanwhile, pro-Moscow separatists announced that thousands of Ukrainian fighters were trapped. “We managed to encircle more than 4,000 Ukrainian soldiers near Lyschansk, the last city under Ukrainian control in Luhansk,” the loyalist Luhansk forces said.

To the south of Lysekhansk, the mayor of Herceg Oleksiy Babchenko said that Russian forces entered the town and occupied the entire area on Friday.

Lysichansk…the focus of the next battle

This would bring the Russian forces seemingly close to full control of Lugansk, if they later also capture Lyschansk, opposite Severodonetsk, on the other side of the river, to be the focus of the next battle.

The Ukrainian forces had withstood for weeks against the Russian attack in Severodonetsk in an attempt to drain the Russian forces and gain time until the arrival of heavy weapons supplies, but announced, on Friday, their withdrawal.

While the Ukrainian Defense Ministry said that the Russians are trying to surround Lyschansk, and launched attacks on Severodonetsk to ensure full control of it.

In the context, Kyiv-based military analyst Oleksandr Mosienko told Reuters that the Ukrainian fighters had to retreat and withdraw tactically because there was nothing left to defend, referring to the complete destruction of the city.

He also added that they withdrew to prevent their encirclement.

It is noteworthy that since last March, Moscow launched the second phase of the military operation on the territory of its western neighbor, concentrating its battles along the front line in the south and in the Donbass region in particular, an eastern region consisting of Lugansk and its neighbor Donetsk.

Russia is seeking to control the entire Donbass Basin, after separatists seized control of some of its parts in 2014, with the aim of opening a land corridor linking the east with the Crimea, which it annexed to its territory in the same year.