Lukaku returns Chelsea to victories at the expense of Aston Villa 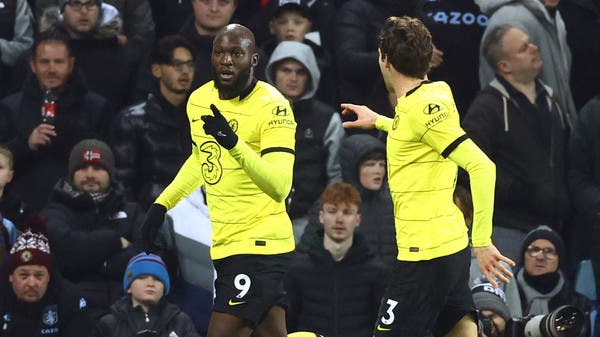 Romelu Lukaku participated as a substitute and scored a goal to lead Chelsea to a 3-1 victory at Aston Villa after he missed the last two matches of his team due to his injury to Corona, while midfielder Jorginho scored two goals from two penalties in the English Premier League on Sunday.

Villa took the lead in the 28th minute with the help of luck when Matt Targett’s cross crossed the head of Chelsea defender Reece James and fell into the net over goalkeeper Edward Mendy.

And coach Thomas Tuchel’s team equalized six minutes later when Mattie Cash made a reckless foul on Callum Hudson-Odoi inside the area and Jorginho calmly took the penalty kick into the goal.

Lukaku, who played before the start of the second half, made an immediate impact and scored a beautiful header after a Hudson-Odoi cross to put Chelsea ahead in the 56th minute.

In stoppage time, Lukaku fell inside the area after being fouled by Villa defender Ezri Konsa and Jorginho did not miss the penalty mark again to settle the three points in favor of Chelsea, who are now tied with second-placed Liverpool, each with 41 points, six points behind leaders Manchester City. .