Lukashenko announced support for Russia in the fight against Nazism 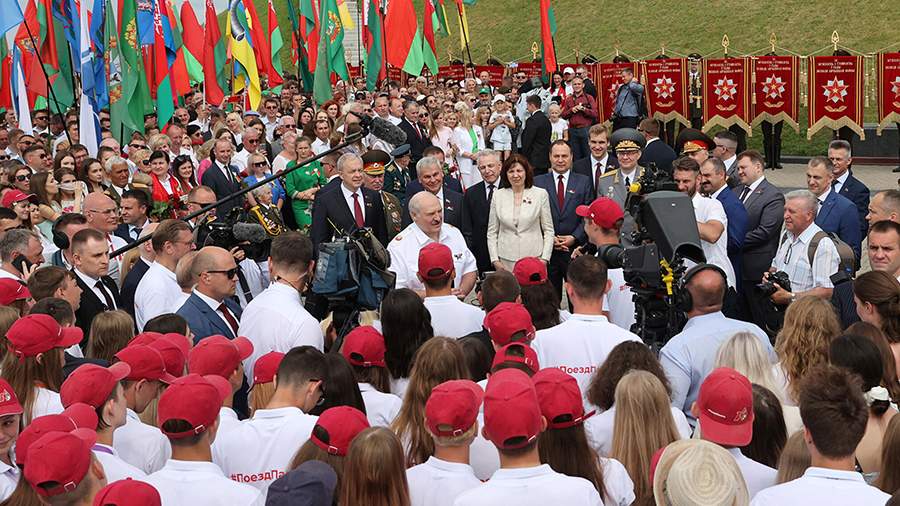 Belarus is the only country that supports Russia in the fight against Nazism, and it will continue to do so. This was stated on July 3 by President of the Republic Alexander Lukashenko, speaking at a wreath-laying ceremony at the memorial complex “Mound of Glory” on the occasion of the country’s Independence Day.

“Today we are being reproached for being the only country in the world that supports Russia in its struggle against Nazism. We have supported and will continue to support Russia,” he said.

Earlier that day, Russian President Vladimir Putin sent Lukashenka a congratulatory telegram on the occasion of Belarus’ Independence Day. The Russian leader noted that this date, connected with the liberation of Minsk from Nazi invaders in 1944, is of lasting importance not only for Belarusians, but also for Russians.

Putin also expressed confidence that Moscow and Minsk will continue to build up constructive bilateral ties, improve the institutions of the Union State and promote integration processes in the Eurasian space.

At the same time, on June 17, Lukashenko announced the neutrality of Belarus in the Russian special operation in the Donbass. He pointed out that Putin never asked his army to participate in military operations in Ukraine. At the same time, the Belarusian leader noted that Western countries would probably like to involve Minsk in the Ukrainian conflict.