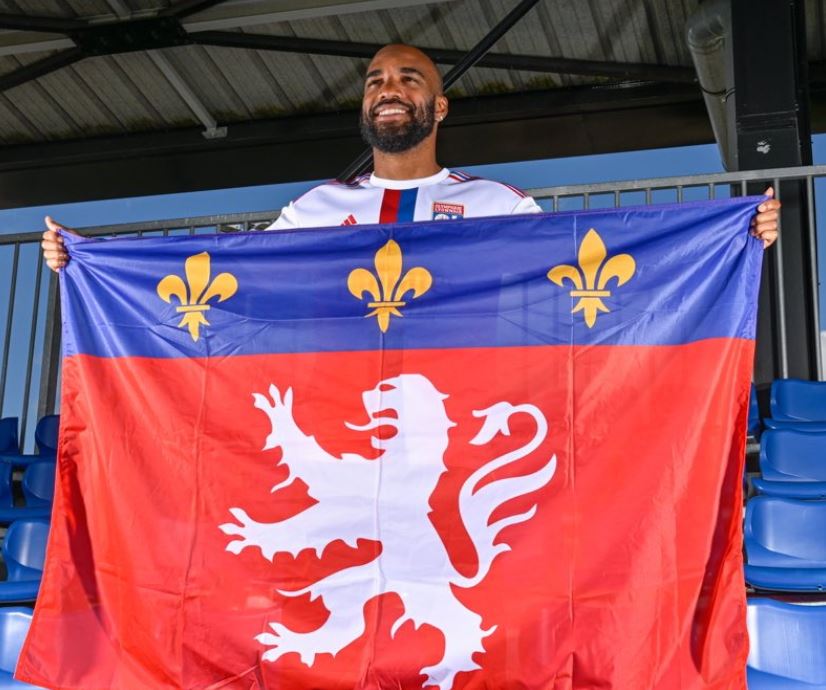 French club Lyon announced yesterday the return of veteran striker Alexandre Lacazette to its ranks on a three-year contract, after five years with Arsenal. According to the club’s statement, Lacazette joined the London club, whose contract expired, until June 30, 2025. For Lyon, who finished eighth last season in the French Football League, the return of Lacazette “has been a priority for several months…to breathe new life into the club.” .

The 31-year-old former international striker moved in 2017 to the north London club for 60 million euros, including bonuses. He played 206 games with the “Gunners”, 36 of them last season, during which he scored 71 goals, including 6 goals and 8 assists last season. With Arsenal, Lacazette won the FA Cup in 2020, and the Community Shield in 2017, and finished runner-up in the 2019 European League, without succeeding in the Champions League, and was chosen as the club’s player of the year in the 2018-2019 season.

He defended the “Rooster” national team in 16 matches, during which he scored 3 goals between 2013 and 2017. Born in Lyon, Lacazette joined Al-Madina, which he joined in 2003, and started as a professional with them in 2010 during the era of coach Claude Puel, scoring a total of 129 goals in 275 appearances. Lacazette made his name as the first goalscorer at Groupama Stadium (Lyon beat Troyes 4-1) in Lyon’s first match at his new home on January 9, 2016 in place of the old Stade de Guerlain.