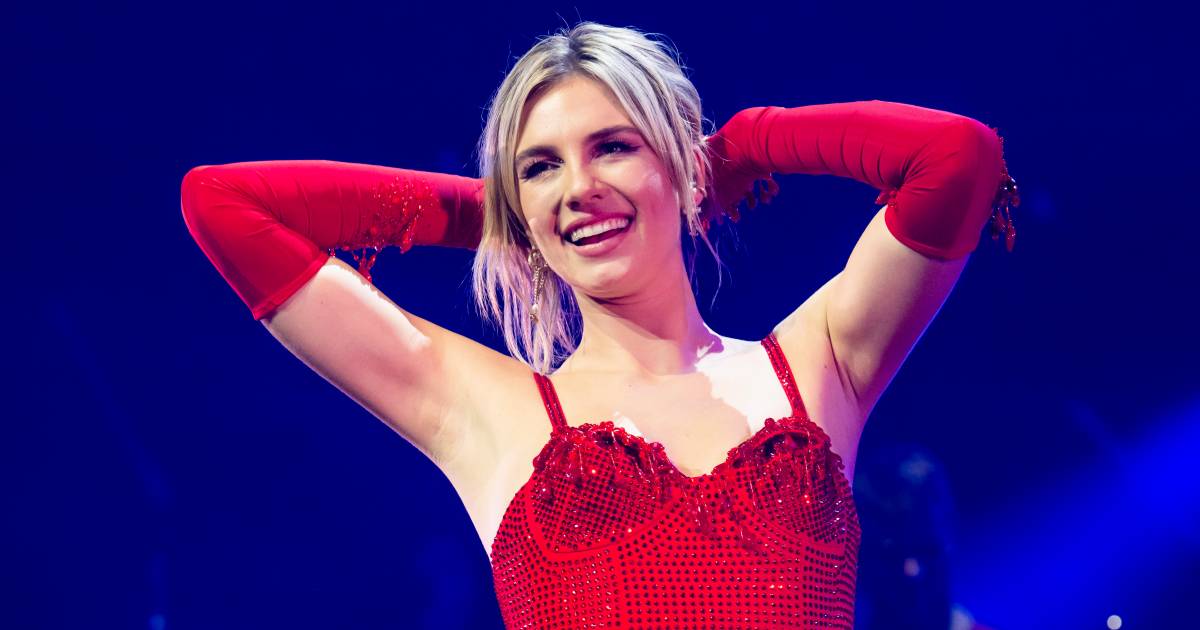 with photosThe performance of Maan de Steenwinkel (25) at the seventh concert of Vrienden van Amstel Live 2023 tonight has a special fashion touch. The singer sings in a striking outfit by the recently deceased fashion icon Vivienne Westwood (1941-2022), which may be familiar to fashion fans.

She was a household name for the older generation with stars such as Boy George and Annie Lennox, but Vivienne Westwood also has an almost divine status among the current crop of celebrities. Supermodel Bella Hadid (25) recently called the British fashion designer ‘the coolest person who ever walked the earth’.

Maan is also a fan. Two weeks after Westwood’s death, she will pay a small tribute tonight in Ahoy Rotterdam. The singer wears denim corset pants and crop top of the fashion house, including the famous Westwood logo on her hip. She credits the brand with her backstage photo on Instagram, appropriately adding a rose and kite emoji for the late Westwood as well.

Maan follows in the footsteps of top model Hailey Bieber, who already wore the same outfit in 2020. She was captured with it on the street and during a photo shoot. The exact price tag of the pieces can no longer be found, but you will soon lose 1500 euros. Bieber paired the outfit with gold earrings and necklaces, and white sneakers. Maan goes for white and silver sneakers, gold earrings and a striking shimmering bra.

It proves the point multiple celebrities made after Westwood’s death. “Your legacy is immortal and eternal,” singer Halsey wrote. Or, as Annie Lennox put it, “She’s not gone, she’s just somewhere else.” Westwood passed away last month at the age of 81, “peacefully” in front of her family in London, according to her company.