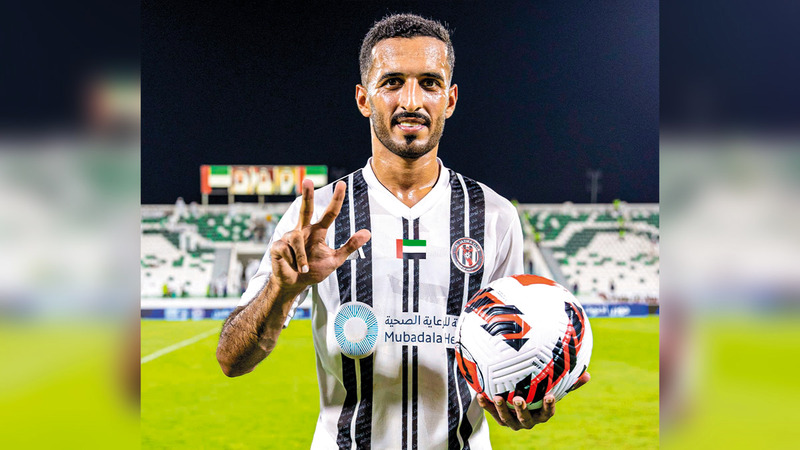 Al-Jazira will meet Al-Ain in the top of the third round of the ADNOC Professional League, at 8:30 pm today at the Mohammed bin Zayed Stadium in Al-Jazira Club in Abu Dhabi, as strikers Ali Mabkhout and Togolese Laba Kudjo will play a major role in determining the outcome of the match.

Mabkhout and Kodjo are experiencing their best periods at the beginning of the season, after the Al Jazira player scored five goals in the first two matches of the season, two goals against Dibba Al Fujairah (2-0) and three goals against Khorfakkan (4-2) during a perfect start for the island, to enhance his record as a historical scorer. Professional League with 186 goals.

For his part, Al Ain player, Kodjo Laba, scored four goals in one match, during Al Ain’s big 7-0 victory over Al Dhafra, to compensate for the Togo striker not scoring in the opening round during the 1-1 draw with Ajman, in addition to missing a penalty kick in the minutes. Last.

The two players battled for the top scorer in recent seasons, and Laba excelled last season by a large margin to achieve the title of top scorer, after Mabkhout won the lead in the 2020-2021 season.

Mabkhout was not at his best last season and scored only 10 goals to occupy the ninth place in the scorers’ ranking, while Laba scored 27 goals and led Al Ain to the title, the fourth best scorer in the history of his club.

The duo maintained their privileged position in the competition, despite the arrival of two international stars such as Paco Alcacer and Miralem Pjanic to Sharjah, who lead by goal difference from Al Jazira.

The island is counting on Mabkhout’s effectiveness to regain the title, while Laba is the most dangerous weapon for the title holder.

The “Pride of Abu Dhabi” enters the meeting with high spirits, after winning the first two rounds of Dibba Al-Fujairah and Khorfakkan, and it topped the standings with the same balance six points with Sharjah, which is ahead of the goal difference, while Al Ain has four points after drawing with Ajman and winning Al Dhafra .