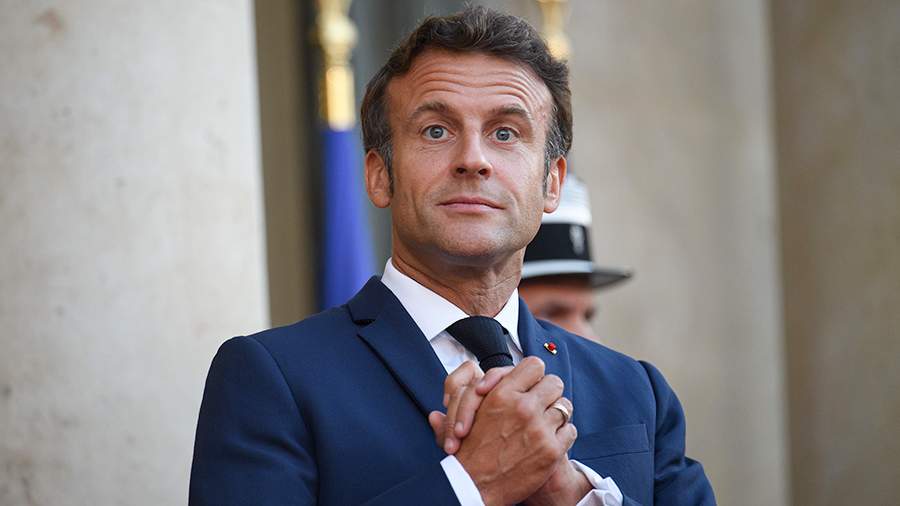 Residents of the Algerian city of Oran booed French President Emmanuel Macron, who decided to talk to the people at the exit of the music store Disco Maghreb. This was reported on August 27 by France Info.

According to the press, the French leader arrived in Algeria on a working visit to resume bilateral relations.

“150 meters from the store, the head of state got out of the car for an impromptu communication with the people, from which the security services were covered in cold sweat. Unexpectedly, Emmanuel Macron took several minutes to shake hands, take a few photos in the crowd, while the bodyguards were on edge, ”the publication reported.

People were unhappy with the appearance of Macron, and therefore shouted “Long live Algeria!”, “We are at home”, “France is devouring our country” and other slogans.

After that, Macron thanked those who came, got into the car and left.

On September 27, 2021, a student threw an egg-like object at the French leader. The incident occurred during Macron’s visit to Lyon for an exhibition. The next day, the offender was placed in a psychiatric hospital.

On June 8, 2021, Macron was slapped by a man during a visit to the southeast of the country, in the Drôme department. The incident occurred at a time when the head of state was heading to the locals to talk.