Macron: Peace cannot be built in Ukraine by humiliating Russia 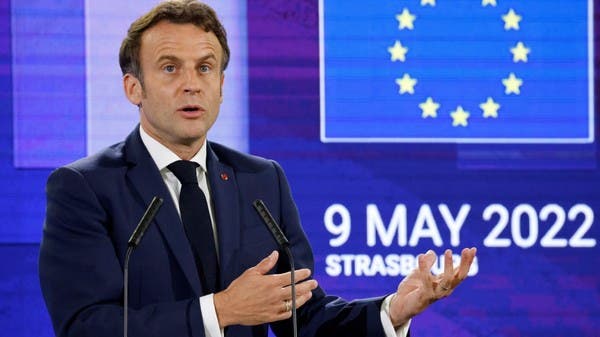 Despite the heightened Russian-Western tension, especially European, over the Russian military operation in Ukraine, French President Emmanuel Macron stressed today, Monday, the need to achieve peace between the two countries.

In a speech before the European Parliament, today, Monday, on the occasion of the conclusion of the conference on the future of Europe, in Strasbourg, he considered that peace cannot be built in Ukraine by humiliating Russia.

He also added, “Tomorrow we will have peace to build, let’s never forget that.” “We will have to do this with Ukraine and Russia around the table, but it will not happen by rejecting or excluding each other, not even by humiliation,” he added.

In a related development, the French president called for the establishment of a “European political group” to include Kyiv in particular, in parallel with the mechanism of accession to the European Union, which may take “decades”, as he put it.

He also added that “this new European organization will allow democratic European nations that believe in the union’s core values ​​to create a new space for political cooperation and security.”

This came after the President of the European Commission Ursula von der Leyen announced that she had discussed with the G7 yesterday the support of the Union and the European track for Ukraine, pointing out that a decision on this issue may be issued next June.

It is noteworthy that the Ukrainian presidency had signed on February 28 a formal request to immediately join the union, which includes 27 countries, under a special procedure because Kyiv is defending itself against Russia.

While Moscow has warned more than once of this step, considering that it is inseparable from joining NATO, which is a red line for it and its strategic security.

This issue is considered very sensitive and even a red line for Russia, which has repeatedly called for Ukraine to be made a “neutral country” away from joining any Western or international blocs, including the European Union.