Maguire: I was amazed at the boos from England fans 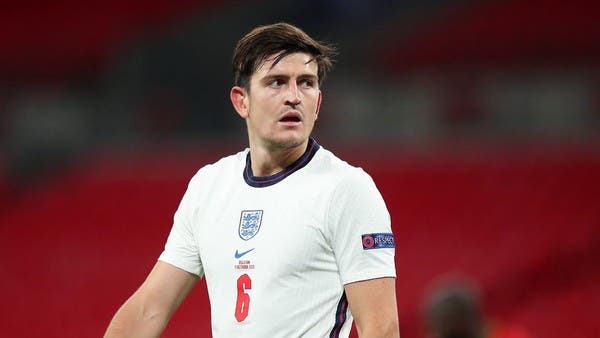 Manchester United captain Harry Maguire has expressed his surprise at receiving jeers from England fans over his performances for the club last season, but said he would not allow the experience to ruin his “amazing” relationship with the fans.

Maguire had a difficult season with Manchester United and was often criticized, as the team finished the English Premier League football in sixth place and went out of the season without titles.

Nevertheless, the 29-year-old defender retained the confidence of coach Gareth Southgate for the Nations League matches against Hungary, Germany and Italy later this month.

“I was a little shocked,” Maguire, who was booed by fans during a friendly match against Ivory Coast last March at Wembley Stadium, told reporters. If it had happened earlier in my career, I would have suffered that night.

“I know my family and friends may have been affected by this, but I was really surprised,” he added. But I had a great time with the fans and I will not allow the minority that did that in the Ivory Coast match to affect my relationship with the England fans.

But Maguire made it clear that receiving threats to blow up his family’s home after the heavy defeat against Liverpool last season was unacceptable.

The central defender added: We are human and have a family. My mind doesn’t make such things affect me that much but when it comes to threats like this, it is more about family.

He concluded: I am happy, because my children are at an age when they do not read such things and do not follow the news on screens.