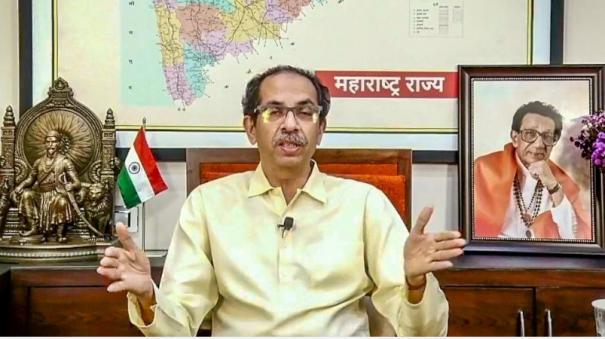 Mumbai: Maharashtra Chief Minister and Shiv Sena chief Uttam Thackeray has announced his readiness to resign as the state government faces a crisis as Minister Eknath Shinde raises the banner with his supporters.

He said Sarabjit and Kamal Nath had contacted him and asked him to continue as chief minister.

Chief Minister Uttam Thackeray also said that he had received phone calls from some of the MLAs who had gone with Eknath Shinde and that they had been forcibly taken away.

Speaking to party volunteers in Maharashtra, Chief Minister Uttam Thackeray told party volunteers, “It has been reported that the MLAs who accompanied Eknath Shinde have been forcibly taken away.

What is happening in Maharashtra?

Meanwhile, Minister Eknath Shinde left for Surat, Gujarat on Monday night with 21 disgruntled Shiv Sena MLAs who are his supporters. Disgruntled MLAs are camping in one of the star hotels there. Heavy police security was put in place around the hotel where they were staying.

Shinde goes to Assam with supporters: Meanwhile, Eknath Shinde has gone to Assam with his supporters. This has created more turmoil in Maharashtra politics. Like Gujarat, Assam is a BJP-ruled state. Political observers say there is no denying the BJP’s involvement in the Maharashtra political controversy, despite the BJP’s illusion that it is an intra-party conflict.

Political observers say that whether the Shiv Sena, which has been consistently critical of the BJP government, will fall or not will be exposed in a couple of days.