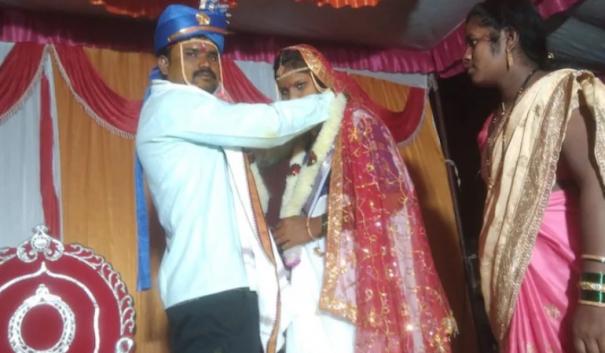 Buldhana (Maharashtra): At the same time, the groom’s father has married his daughter to another cousin because the groom did not arrive on time for the wedding.

Later, the groom and his friends, who came into the hall intoxicated at 8pm, got into a fight with the bride at home. Then the mother of the bride said, “We have married our daughter to a relative.”

Meanwhile, the groom did not arrive long after all the arrangements for the wedding had been made, so he talked to a relative and arranged for another daughter to marry his daughter.

The father of the bride said, “The bridegroom did not come until 8 pm for my daughter’s wedding on April 22. He was dancing with friends and celebrating. So I got my daughter married to a relative.”