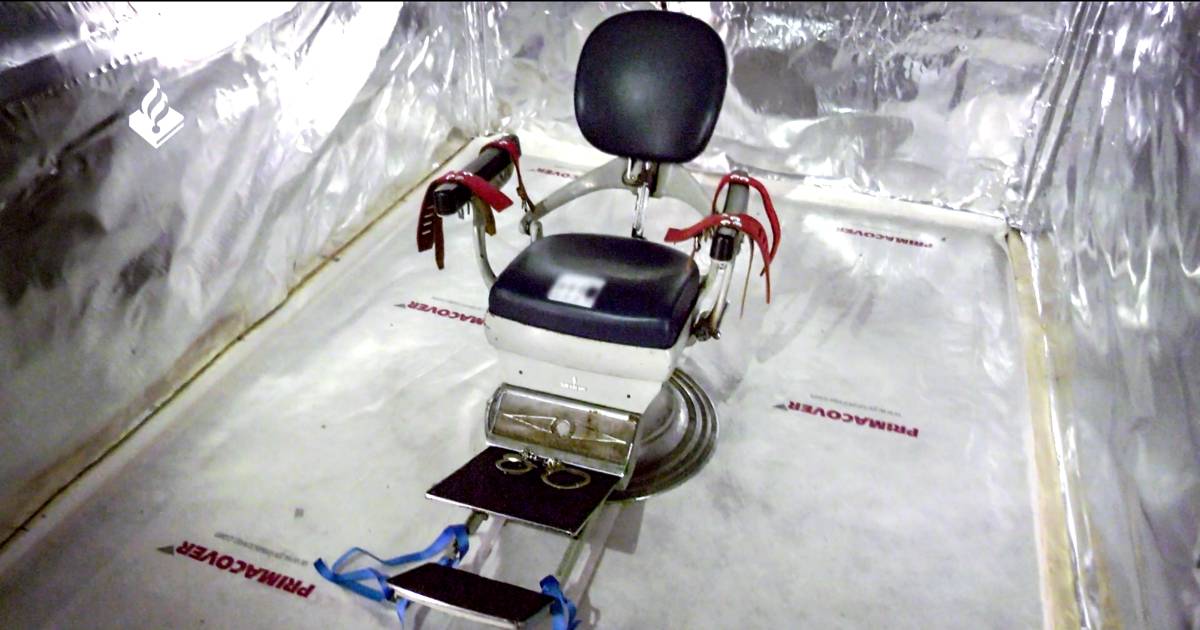 Robin van Ouwerkerk (41), who is suspected of building the torture complex of the underworld in the Wouwse Plantage in Brabant, died on Tuesday after a month of illness from untreatable, aggressive cancer.

Van Ouwerkerk was an important target of Ridouan Taghi in the past. He was regarded as his rival and was one of the initiators of ‘the alliance’, in which various criminal groups ‘and others’ who were fed up with the violence formed a united front against Taghi.

The criminal former gym owner had been weakened further and further in recent days due to epileptic seizures and a cerebral infarction. He was very emaciated and vital parts of his body had been affected since November, after which he was released.

The court had suspended his charges until further notice because the former bodybuilder was physically and mentally incapable of standing trial in the large criminal trial in which his co-defendants were sentenced to 9 years in prison in May. It was already unlikely that his trial would ever be resumed.

The images of the torture complex that was found by the police in Wouwse Plantage in Brabant in June 2020 went around the world. The complex consisted of seven sea containers that were set up in a large shed. Six turned out to be set up as cells – with handcuffs that allowed someone to stand in a crotch position over a chemical toilet. A seventh container was set up as a ‘treatment room’ with a dental chair to which a victim could be strapped.

The police determined that all areas were virtually soundproof. Anyone who shouted as loudly as possible in a cell could hardly be heard outside. Scalpels, wire cutters and a finger clip were also found.

The complex came into the picture after investigative agencies managed to crack EncroChat, a telecom service that thousands of criminals used to send encrypted messages to each other.

Some of those messages revealed a heated conflict in the Dutch underworld. According to the Public Prosecution Service, key players in that conflict were cocaine smuggler Roger ‘Piet Costa’ P. and Robin van Ouwerkerk on the one hand, and the group surrounding Ali D. on the other. The dispute would revolve around approximately 100 million euros that Ali D. would have stolen from Roger P..

Ali D. should be locked up in the containers by the group around Roger P. and Van Ouwerkerk by its own ‘arrest team’. Another target was drug trafficker Ahmet G., on whom an assassination attempt had already been committed in Amstelveen in 2019.

In the verdict, the court ruled that the group had engaged in a plan to kidnap, torture and possibly kill people. “This group of suspects planned to take the law into their own hands in a ruthless way. The lack of respect for the physical integrity of others is shocking,” said the court in the verdict against Van Ouwerkerk’s co-defendants in November.

Principal of the construction of the torture complex Roger ‘Piet Costa’ was sentenced to 33 months. This is because he was sentenced to 15 years earlier this year for his role in a large drug case. Because there is overlap between that case and the case of the torture containers, he could receive a maximum of seventeen years and nine months in total. With this judgment, that maximum penalty has been reached.

Hassan M., who is regarded by the Public Prosecution Service as the right-hand man of Roger P., was acquitted of the torture containers, but was still sentenced to 8 years for membership of a criminal organization. He has also already been convicted in the aforementioned cocaine case. His total sentence is therefore 16 years.

Other members of the group were given sentences of up to 9 years in prison.