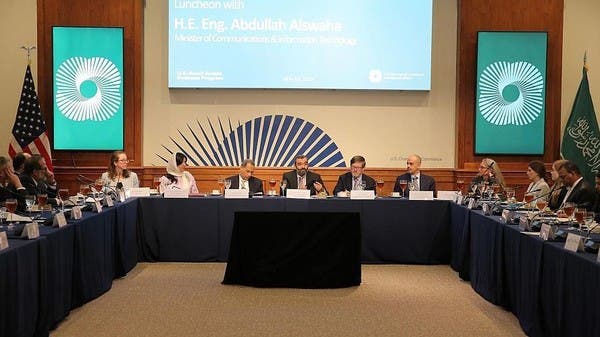 The delegation of the Kingdom of Saudi Arabia, headed by the Minister of Communications and Information Technology, Eng. Abdullah bin Amer Al-Sawaha, reviewed, on Tuesday at the American Chamber of Commerce “USCC”, the investment opportunities available to investors and a number of executives of major American companies, in the fields of technology, space, research, development and innovation, according to the news agency. Saudi Arabia “SPA”.

Al-Swaha also reviewed the competitive advantages that the Kingdom enjoys as a digital and logistical platform and a hub for connecting continents, in addition to the capabilities in the relevant fields, in the presence of Princess Rima bint Bandar bin Sultan, Saudi Ambassador to the United States of America.

The meeting aims to enhance cooperation in the areas of the digital economy and innovation economy between the Kingdom and the United States, and to build partnerships between the telecommunications, information technology, space, research, development and innovation sectors, which allow opening effective channels for exchanging knowledge and best practices, thus contributing to achieving the goals of the two countries, and enhancing the vital and important role To achieve the goals of the Kingdom’s Vision 2030.