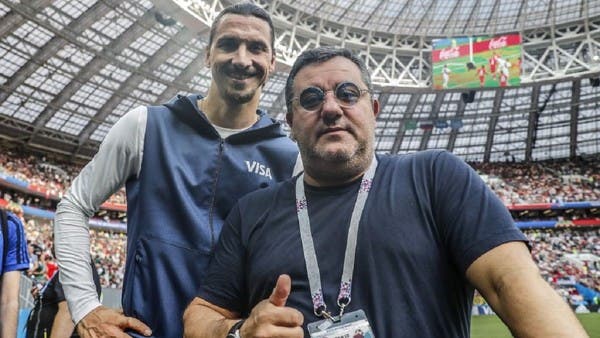 Real Madrid, Paris Saint-Germain, Milan and Inter Milan mourned the death of the famous players’ agent Mino Raiola, who died on Saturday at the age of 54 after a struggle with illness.

Raiola, who was born in Italy and grew up in the Netherlands, had lung surgery in Milan in January and his health had deteriorated recently, before his family announced his death on Saturday.

“Real Madrid, its president and the board of directors express their deep sadness at the death of Mino Raiola and extend their condolences to his family and fans,” Real Madrid tweeted, via its Twitter account.

For his part, Saint-Germain explained, “Mino Raiola, a sports agent with a prominent personality, passed away today after a struggle with illness. The club, through its president, extends its condolences to his family and fans. We offer our sincere condolences to the Raiola family and all Mino’s friends on the tragic loss.”