Malaysia’s Johor into the Asian final for the first time 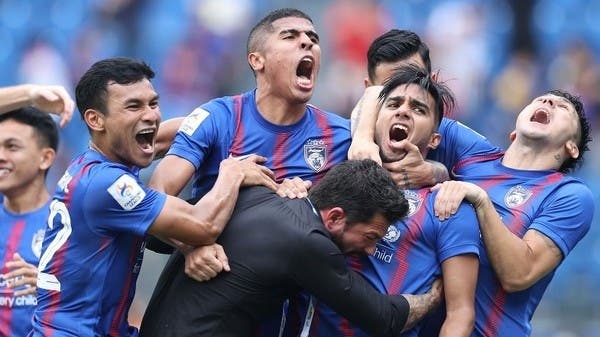 Malaysia’s Johor Dar Al-Ta’zim reached the Champions League final price for the first time in its history by defeating South Korea’s Ulsan Hyundai 2-1 on Saturday at Sultan Ibrahim Stadium in Johor Bahru in the last sixth round of Group I.

The Argentine Leandro Velasques (4) and Park Young-woo (90 + 4 fouls on his team) scored the two goals of Johor, and John Amano (6) the goal of Ulsan Hyundai.

Johor Dar Al-Tazim, the 2015 AFC Cup champion, finished the group competitions that hosted its matches, at the top with 13 points, two points ahead of Japan’s Kawasaki Frontale, who took advantage of the South Korean team’s loss to grab second place after its 1-0 victory over Guangzhou, which was scored by Ki Chenin (14) at Tan Sri Dato Haji Hassan Yunus Stadium.

On the other hand, Ulsan Hyundai fell to third place with 10 points and came out empty-handed as the group leaders and the best three second-placed clubs qualify for the final price.

Kawasaki is waiting for the end of the sixth round to find out his fate among the top three clubs in the runners-up.