No Result
View All Result
Latest News
Russian tennis player Khachanov reached the semifinals of the Tokyo Olympics 29/07/2021
“You have to take camel drivers” … a German official was expelled from the Olympics after a racist comment against an Algerian and an Eritrean 29/07/2021
Opposition parties continue to rally in parliament: both adjourned until 2 p.m. 29/07/2021
Do not take the problem of headache lightly, try these home remedies 29/07/2021
Hema Chandra: RRR Dosti is a different level .. Hemachandra who raised expectations 29/07/2021
Next
Prev
Home India 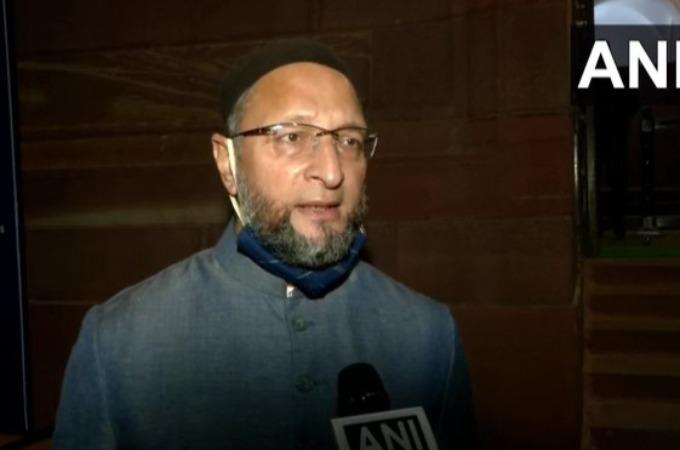 
In Kolkata for the West Bengal elections AIMIM Party leader Azaduddin Owaisi Campaign Police denied permission to do so. Looking at Owaisi Mamta Banerjee The party has condemned the intimidation.

On the other hand, the Congress-Left alliance is competing. Won 5 seats in Bihar Assembly elections AIMIM The party is also seeking to contest the West Bengal assembly elections.

Trinamool Congress leader Mamta Banerjee Speaking of which, AIMIM He accused party leader Azad Owaisi of being the BJP’s B team and trying to divide votes by taking money.

Azaduddin retaliated Owaisi There was no one to buy Owaisi with money and he had said that he should regret it when many of Mamata’s party members went to the BJP side.

Azaduddin in this case Owaisi Today in the state of West Bengal Campaign Was planning to do. Arrangements were made to mobilize support by talking to people at various places in Kolkata. A petition was filed with the Kolkata Police seeking permission to hold the public meeting. But the police refused permission. Permission denied on the grounds of law and order.

West Bengal state president Samurul Hasan has condemned the move. “Looking at Owaisi,” he said Mamta Banerjee It’s because of fear, Campaign Police refuse permission to do. Thus in the election of the legislature Mamta Banerjee It is sure to fail, ”he said.

Ashwin teases Surrey as they stumble to take wickets

That is why flat especially in Mumbai! Rashmi is nowhere to be found .. The selling range is not normal !!