IndiaMamata Banerjee sworn in as Member of Legislative Assembly
India

Mamata Banerjee sworn in as Member of Legislative Assembly 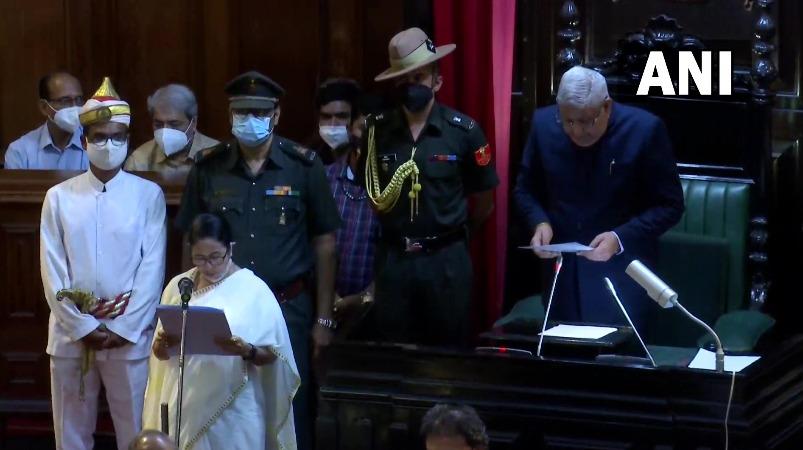 West Bengal Chief Minister Mamata Banerjee, who won the Bhavanipur by-election by a landslide, was today sworn in as a member of the Legislative Assembly.

Mamata Banerjee, who contested from Nandigram constituency in the West Bengal assembly elections last May, lost to BJP candidate Svendu Adhikari. In this context Mamta Banerjee Must become an MLA within 6 months of assuming office as Chief Minister.

Thus Mamta Banerjee Convenient to contest elections Bhavanipur Subandeep Santhopadhyay, who is also an MLA and the Minister of Agriculture, resigned from his post.

On behalf of the BJP, Priyanka Dipre received only 25,680 votes. Similarly, Amrul Islam and Zakir Hussain, who contested for the Trinamool Congress in the other two by-elections, won.

Mamata Banerjee, Amrul Islam and Zakir Hussain were sworn in as the newly elected MLAs today. The three of them were sworn in at the West Bengal Legislative Assembly office in the presence of Governor Jagdeep Deepkar.

Previous articleIt is necessary to look at the development of Umran Malik: Virat Kohli’s idea
Next articleHrithik Roshan in support of Shah Rukh Khan’s fans