Mamta does not stop intruders: Amitsha 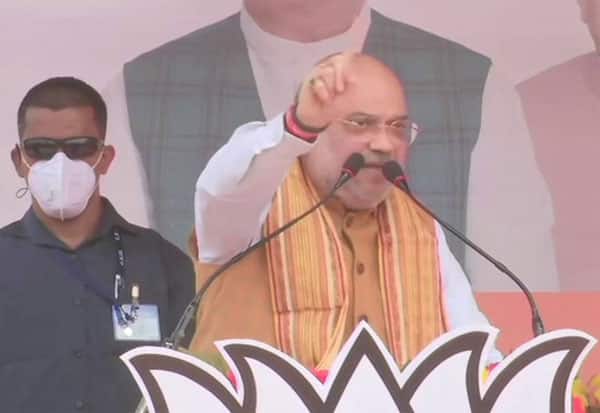 Kolkata: Union Home Minister Amit Shah has said that Mamata Banerjee has not stopped infiltrators into Bengal and will free the state from infiltrators within the next five years.

Speaking at a meeting in Burma Medinpur district, Amit Shah said: The BJP does not believe in vote bank politics. Mamta, however, has been involved in politics to the satisfaction of others. Over the next 5 years, the central and state governments will work together to transform Bengal into a golden state.

Mamta did not stop the intruders. We will liberate West Bengal from invaders in the next 5 years. In the state, 130 BJP volunteers have been killed. Trinamool Congress volunteers feel that no one can punish them. After our rule in Bengal after May 2, they will be dealt with severely. Thus he spoke.

Previous articleMaharashtra Home Minister resigns over letter of ex-police boss
Next articleFalse propaganda against wax is widespread in Saudi Arabia; Ministry of Health with preventive efforts