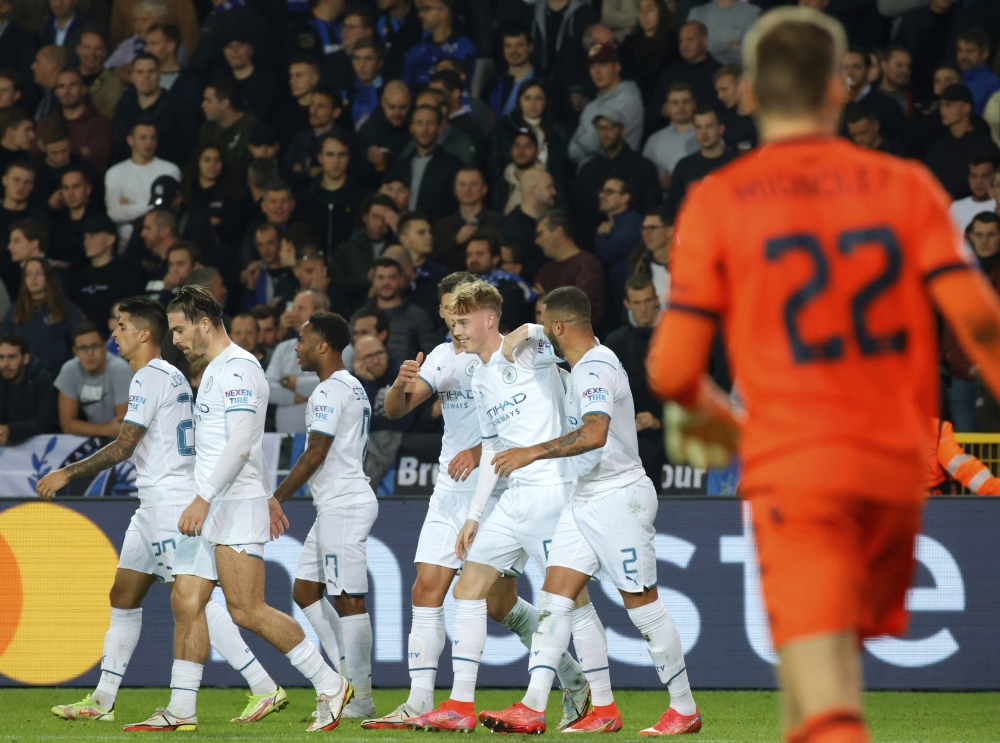 A Manchester City fan is in critical condition after being assaulted by five people who were arrested, after the English club beat Club Brugge in the Champions League yesterday. A Belgian fan of City was severely beaten at a service station on the highway, as rival fans stole his club’s scarf.

Police said they arrested five people after the fight, which began inside a store and continued outside. “His life is in danger. The victim is a 63-year-old man from Nineveh,” it said in a statement. “Everyone at Manchester City is shocked and saddened to hear reports of an attack on one of our fans after the Champions League match in Bruges last night,” a statement read.

“We are currently working with our counterparts at Club Brugge as well as the Belgian Police and Greater Manchester Police to obtain more information.” The victim’s son runs a club for Manchester City fans in Belgium “Blue Moon Belgeum”, and the club’s star is Belgian midfielder Kevin De Bruyne. “They left my father to die after a reckless act of violence,” the son wrote on Twitter.